In my video a couple of weeks ago I attempted to lay out a broad, simple, and importantly inclusive, definition for cosplay. It was a way for new people to get a basic understanding of what all the fuss is about as well as a reminder for “veterans” to go back and remember their own motivations for taking up the hobby.

This week I want to briefly dig a little deeper into the motivation and the reasons people decide to dress up, what potentially drives us but I want to (at least attempt to) be a little more direct about it.

Now we’re all aware of the usual responses when asked why people get in to cosplay or what do they enjoy about cosplay but you’ll note that in my video I didn’t ask why people cosplay? I was very specific in my wording to ask “What is it you want from this?”

Motive vs Motivation?
As subtle as it may be and despite the overlaps there is a difference in why you do something and what you hope to get out of doing something. It’s the difference in what drives you and what incentivises you.

When you ask someone why they cosplay there are often the standard and genuine responses: they want to have some fun, some people enjoy being creative, others like to meet like-minded fans, etc.

But when we delve a little deeper I find that demands a more honest response.

Before we get too cynical let’s look at one of the most basic of overlap responses: fun.

Why do you cosplay? To have fun.

What do you want out of cosplay? To have a good time.

Yes, it’s basically the same thing but see how in one form “fun” looks like a nebulous concept but “a good time” sounds like a tangible product or outcome. A product you receive for performing the activity. Human nature being what it is, generosity has its limits. That’s not to say that generous and giving people have ulterior motives but even the most altruistic of reasons have some underlying truth. A truth we tend to ignore or omit for fear of looking selfish.

Let’s be crazy cynical here and look at one of the more altruistic motivations: to cheer up little kids.

Quite often people visit sick kids in hospital, perform at parties and other events where lots of children are in attendance and they often get a kick out of it and I think that’s absolutely wonderful. BUT is there anything in that reason that might potentially not be as selfless as some make it out to be? Yes, I’m deliberately being nasty here and I’ll get to why later. But have you ever analysed what some people say when they describe this experience?

It usually goes along the lines of them feeling pride or satisfaction at helping brighten their day. That right there is them gaining something from the experience. Would that person continue such work if they didn’t have those positive feelings as a result of it all?

There are plenty of somewhat pragmatic reasons too: many want to make something of themselves, some want to utilise cosplay as a career, others want to use it as a stepping stone to other things. In any other field these motivations would be considered perfectly reasonable but in cosplay they are often looked down upon because cosplay is often cited as a “hobby” and just “a bit of silly fun”.

And what about the actual selfish reasons that are often flung about in accusation of other people’s motivations? Well the old go-to is that many cosplay for the attention and to satisfy their own vanity and narcissism. What they get out of it is the attention they crave, which is missing from elsewhere.

Let’s dial it back
As I said I was deliberately being a bit nasty before as to illustrate a couple of points.

In every choice we make, even those we think are pure and selfless, there is the tiniest bit of “ourself” in that decision. Whether it be long drawn out processes or split-second instinctive moments we make evaluations and calculations that inform our actions and choices. 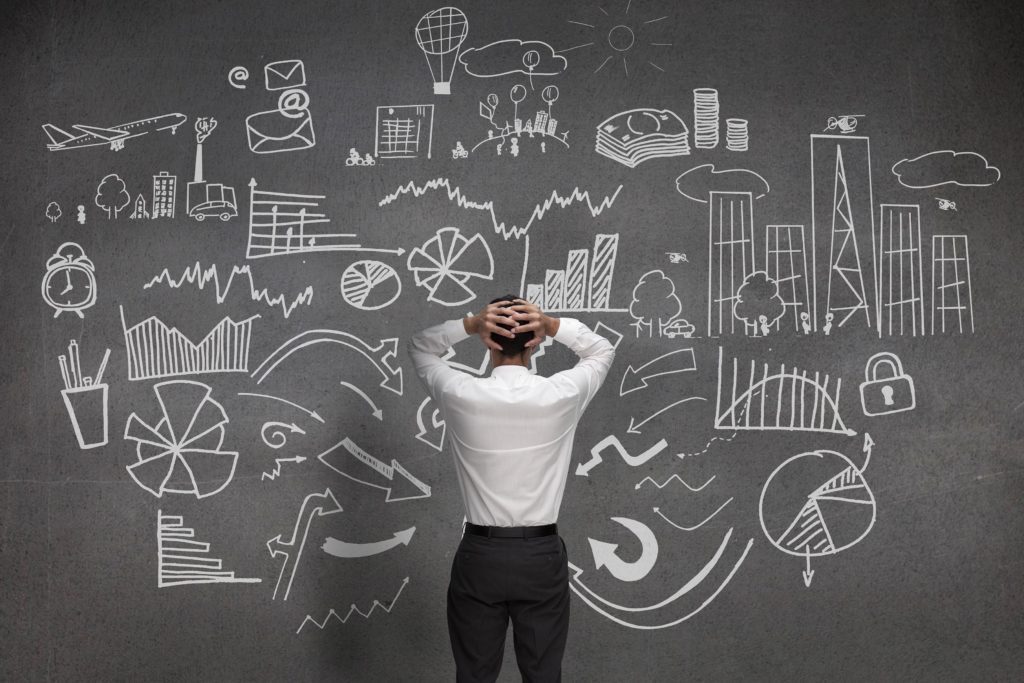 Did you run into the burning building to save that stranger’s life or to spare yourself the guilt? Did you lie to spare the other person’s feelings or to save yourself? (maybe these examples are a tad extreme but you get my point).

Acknowledging that there might be something to gain personally from your choice is not a bad thing. In fact it’s a positive step towards being a little more self-aware and a bit more objective in your decision making (if only a little). The ability to admit such a thing allows to being more open in how you look at things.

For instance, it allows one to recognise that cosplay (or costuming, whichever term you prefer because same shit different shovel) ultimately begins as a selfish hobby: you cosplay because YOU want to have fun, YOU want to express yourself, YOU want to meet people who are into the same things YOU are into, etc.

And that’s perfectly okay as long as you are honest to yourself about your motivations you can then make more informed decisions. Remember, we see a lot of mental health awareness and even personal grooming encouraging ideas of self care and reminders to put yourself first before you can help others. That’s sort of what’s needed here. 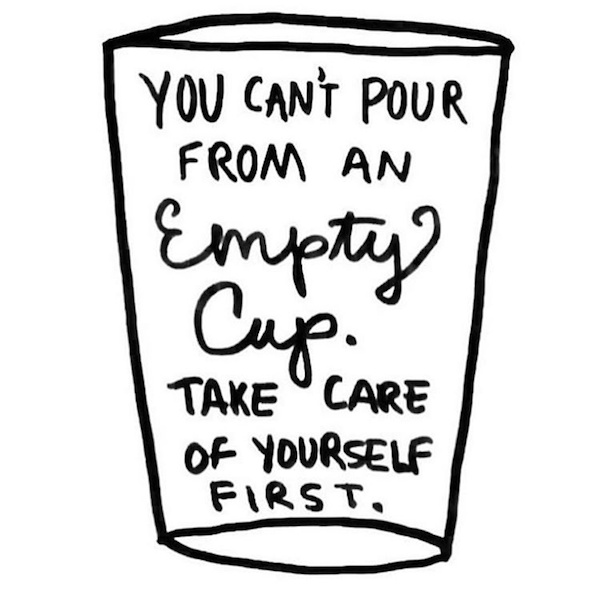 Self Care NOT Selfishness
There is a definite line between taking care of yourself and doing so to the detriment of others. If it’s only about yourself then your actions may harm other people or set problematic precedents.

There are people creating any old tacky “content” because they crave the attention. Content that isn’t necessarily good but it’s enough to get the numbers they think they need on social media. There are also those who are deluded about their own motivations. They think they do a service to the local fan community by giving things to certain cosplayers in return for boosting their own careers. And when that cosplayer is no longer of any use they’re discarded for the next “hot young thing”. Their motivation is success at any cost and that becomes dangerous. 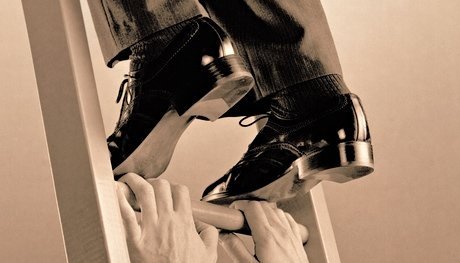 Be honest with yourself
If you can be completely honest about your motivations then that is a step closer to being able to make the right decisions not only for yourself but the people around you.

In terms of cosplay it’s not just about why you cosplay but also what characters you choose, what materials you use, how much effort you put in, etc. If you ever do feel low in motivation, that honesty and self-awareness makes it easier to reflect upon what it is you’re working on. There’s no guarantee you’ll get back on the horse quickly but when you do it’ll be less forced and more enjoyable because you know why you’re putting in that effort. I’ve seen people absolutely despise cosplay or certain elements about it because their head wasn’t in the right space when they went into the project.

Time to take my own medicine
Encouraging others to be honest about their motivations means that I too must also be honest about why I cosplay and what I hope to get out of it (I don’t actually have to be public about it but maybe it’ll help illustrate my point).

Why do I cosplay?
I’ve always been a creative person and cosplay allows me to channel that energy into something where I can express my love and passion not only for making but also the stories and characters I like, love, and that have shaped me throughout my life.

I find the process of making and the act of wearing these costumes fun.

What do I get out of cosplay?
Cosplay is a creative outlet for me. I mean there could be any number of other forms of creatively that I could channel my energy into (and there have been) but for the last 11 years it’s been cosplay. And although this is pretty much repeating why I cosplay what I get out of this is an outlet to utilise my energy in a healthy(ish) manner.

I also get to meet people. Cosplay provides me with a social circle and opportunities to expand on that. We occupy a small portion of a great big open world and while I joke that “I don’t play well with others” truth be told I really mean “I don’t like dealing with fuckwits”. Honestly, I like meeting and interacting with people and I don’t like closing myself off too much because that’s not healthy.

Hell, I got to meet a childhood hero because of cosplay.

I enjoy the attention. I wont deny that it’s absolutely intoxicating and I have more than a few times drank a little too much of it and maybe needed a stomach pump. You can’t help but feel good when people appreciate your work. In that I would more accurately say that I also get validation for my fandom and my creative work (something I’ve talked about many times before). If there were no audience then it would feel very lonely out here.

Also related to all this is that cosplay has helped with my low self-esteem. Sure, I still struggle with it but I am much better than I once was and cosplay helped push me out on a larger stage and have to deal with how I view myself and how I think others view me. I’m not exactly Mr Confident but I’m at least better at recognising what it is I am doing with myself and my interactions.

What do I want out of cosplay?
I’ve spent the better part of 12 years working as a graphic and multimedia designer. A lot of that time was spent finding steady work, and when I got it I rarely did any creatively-satisfying projects. In recent years it’s become harder to stay in the game as my experience is deemed “too expensive”. So I’ve been looking at alternatives and one of them is cosplay.

These last two years I’ve been quietly figuring out a way to make this work and sustainable or at the very least a decent supplement for anything else I may choose to pick up and 2017 was originally meant to be my big launch into doing so but of course the universe had other ideas, which I wasn’t versatile or strong enough to overcome.

So yeah, I want to be able to make some sort of living or at least develop some sort of income via cosplay, general geekery, or related fields as a way to continue to combine what I love with what I am good at.

Is it realistic? Well, it has potential even if the odds of success are low but despite last year’s substantial hurdles I hope to get over them this year.

Being honest about what you get out of cosplay or what you hope to get out of cosplay allows for a more open and welcoming perspective on your choices and how they affect you and others. It’s a good habit to develop here that will hopefully extend to other areas of your life.

If you enjoyed that nonsense then please consider contributing to my tip jar at http://ko-fi.com/oldtrenchy so I can spend more time turning these word spews into more digestible videos.