I saw Avengers: Infinity War on opening day Wednesday morning and I’m still buzzing from it. For me it was an absolutely cathartic experience, one that has been earned by the previous ten years worth of movies, and it’s now in my top 5 favourite Marvel films.

If you’re a Marvel fan and haven’t seen it yet go see it as soon as you can. If you love superhero movies then go see this, and if you love movies in general then go see this. That’s my non-spoiler recommendation because Infinity War is a grand spectacle and should be experienced with a group and a basic knowledge of the previous films will suffice (there are a few you can bypass but the internet being what it is it’s not difficult to get the gist of things).

Normally, I would give my “detailed” opinion as quickly as the next day but I had to leave it a few days to let things breathe and collect my own thoughts (our group came out of the theatre and spent the next six hours talking about it and I don’t think we were done). I think this warranted some time for me to analyse some of the minutiae as well as allow others at least the weekend to get there (I know there are still more of you who have more pressing responsibilities so don’t fret).

I don’t usually care about spoilers for myself as they’ve never really affected my enjoyment of a movie and most of the time I roll my eyes at how obnoxious it all gets but I do my best to respect other people avoiding them. In fact it seems that I accidentally avoided all the major important spoilers and highly recommend that you avoid them too because this is one of the few films that relies on not knowing. So from here on I will be talking about the film and there will be some POSSIBLE MINOR SPOILERS and I will leave out a lot of the details and cover the broad stokes as best I can.

Ten years
If the first Avengers movie was a celebration of it’s very existence then Infinity War celebrate the entire Marvel Cinematic Universe.

Avengers: Infinity War is the culmination of Marvel’s 10 year “experiment” (albeit part 1 of that culmination) in attempting to emulate the crossover and expanded universe sensibilities of the comic books that these characters and stories originate from and it has earned every single damn moment of it. The word “epic” gets thrown around a lot to the point where it has begun to lose its meaning but this is one of the few instances where it’s completely appropriate. Infinity War is epic in scope, ambition, and is overall ballsy as fuck!

A lot of concern was expressed about there being too many characters in the one film but I felt they were all balanced well enough and properly utilised when the story needed them instead of trying to give equal weighting to everyone. They all got a good line or a great action beat. Even the newly introduced Black Order were, for the most part, fairly satisfying with what little we saw of them. Having said that, my one and only (barely) criticism is that this does mean there is very little room for any character development for most of them.

But there doesn’t need to be. All that development happened in the previous 18 films and just like in the massive crossover events in the comics it’s really all about that particular story. As far as specific plot elements are concerned the movie tries it’s best to introduce or reacquaint the important stuff necessary to this plot. 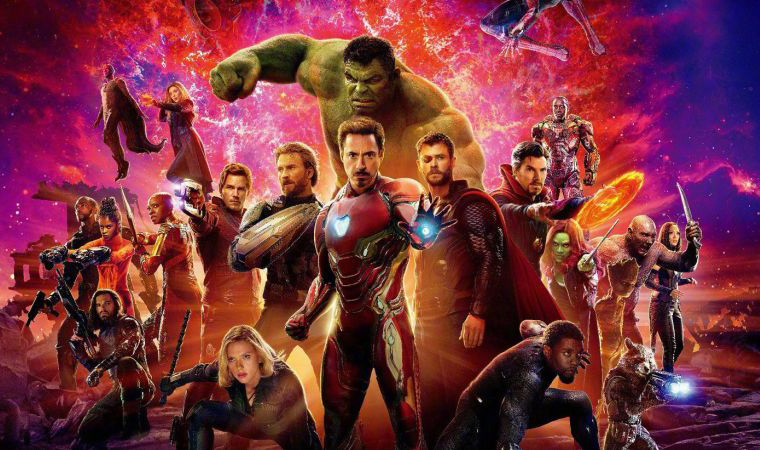 I loved all the performances and especially how the characters interacted with one another in their various team ups. This was actually one of the highlights of the movie because even though we’ve seen a few crossovers here and there over the years, this is where they truly interact and feel like they’re part of the same continuity (by comparison Civil War was a mere appetiser).

It worked particularly well because they were all B-stories spread out around the place, which helped manage the potential problem of having too many characters in the one film. Our heroes were all second fiddle to the big baddie.

Thanos – one of the best villains in the MCU?
Another name for Infinity War really could have been Thanos: The Movie and I would have completely been fine with that because this really is all about the Mad Titan and is ostensibly his origin story. 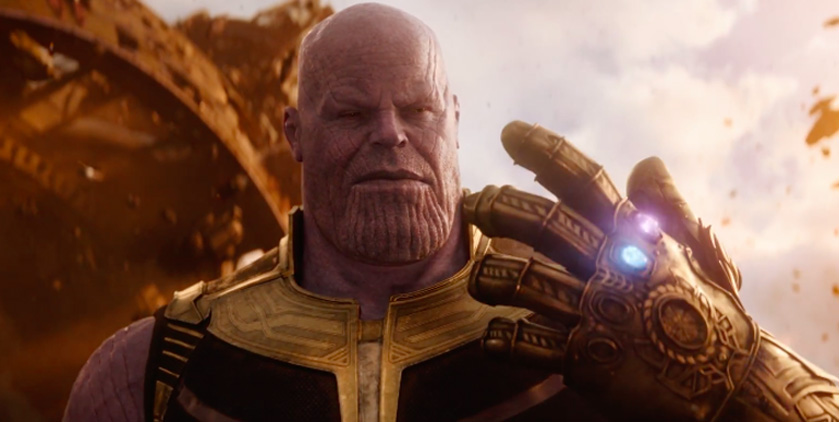 After being teased in the other films this is where Thanos comes into his own and has shot up the list as being one of my favourite villains in the entirety of the Marvel Cinematic Universe.

You watch characters like Fiske and Killgrave in the Netflix shows and they are truly terrifying because they’re grounded in a somewhat convincing world setting (and remind you of people you might actually meet), Loki’s popularity is more to do with his charisma as a bad guy, and Killmonger is sympathetic because his motivations seem to make sense (up until you realise it’s all a smokescreen for his need for revenge through genocide). Thanos has varying levels of all these characteristics.

His reasoning for his master plan is clear and understandable even if it is insane but it makes sense from the point of view that he’s doing the universe a favour and how weighed down he is by that responsibility. That’s what makes this soft-spoken villain with the power to almost do anything so frightening: because he thinks he’s right.

Because it’s Thanos’ story most of the emotion is attached to his moments and he gets nearly all of the development apart from one or two characters who are directly linked to him. I’m still undecided as to where on my personal list he is in favourite villain but he’s now near the top.

Surprises
Yeah I’m not even going to cover this, just make sure you go with a group of people and avoid spoilers. The marketing has not been 100% honest in what this movie will be about and therefore all the speculation is way off so throw out all your expectations and just enjoy the ride.

Visual Effects
Seeing people nitpick about the use of CG in this film like it’s a major thing feels odd. I mean I had my nitpicks too (the one scene where Thanos is in his throne room looked off) but for the most part all the visual effects served the story in my estimation. Just like most of the other Marvel films everything is based off of the characters. Thanos is a great looking CG character that really captures the subtlety of Josh Brolin’s understated performance. Apart from that I don’t know what else to tell you. It’s a film full of spectacle that traverses the galaxy, of course this film is going to be nothing but VFX. 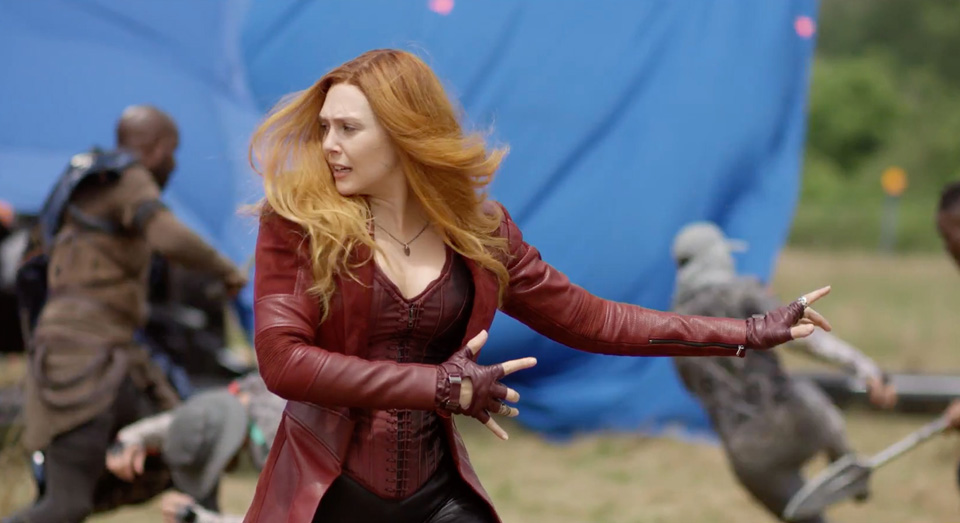 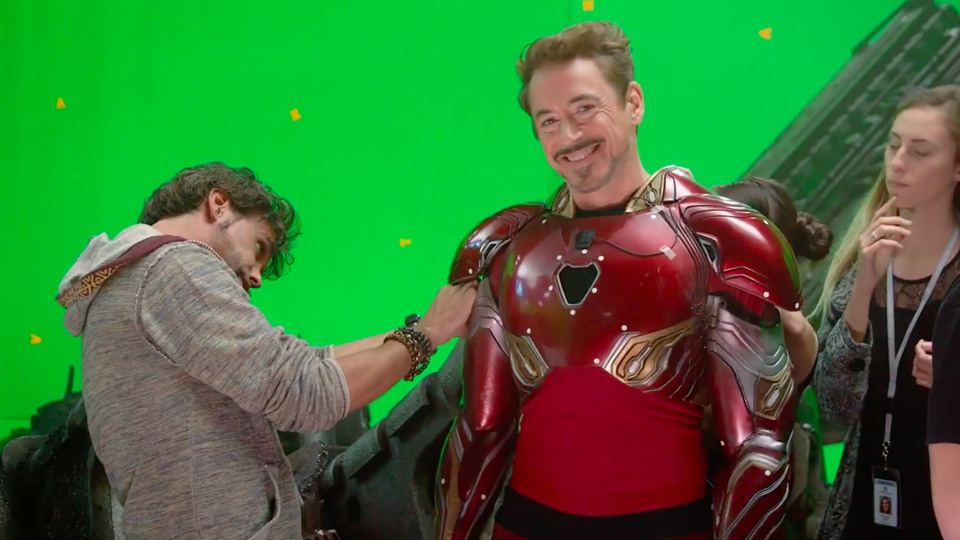 “…you sure you’re not from the DC universe?”
This movie is dark.

The Marvel movies often get criticised at how “funny” they are or that there are too many jokes, when in reality it’s all about balancing levity, which is refreshing in a post-Dark Knight cinema landscape. It’s that light tone and nature that helps to contrast when things get truly and deliberately depressing without having to cross any lines of taste (like the R ratings in Deadpool or Logan) or superficial (most of the DCEU).

While many looked at Age of Ultron (which I still enjoyed) thinking that was meant to be the standard dark sequel, Infinity War truly does get the Empire Strikes Back comparison. This film has appropriate gut punches that will leave people in shock even if this is just part 1 of the story. And it will leave on a cliffhanger that makes you demand to see part 2 immediately instead of waiting for next May (EDIT: I’ve had a rethink about this as well as gone back to what the Russo Brothers had to say about it not being a cliffhanger and I think they’re right. If you look at this story from the point of view of it being about Thanos then it’s a pretty appropriate ending).

There are going to be a lot of people trying their best to be contrarian to the popular opinion just because they can. Don’t mistake things you don’t particularly like or expectations that were thwarted as any reflection on the quality of this movie. This movie is a reward for fans despite its twists and reveals and heartbreaking moments.