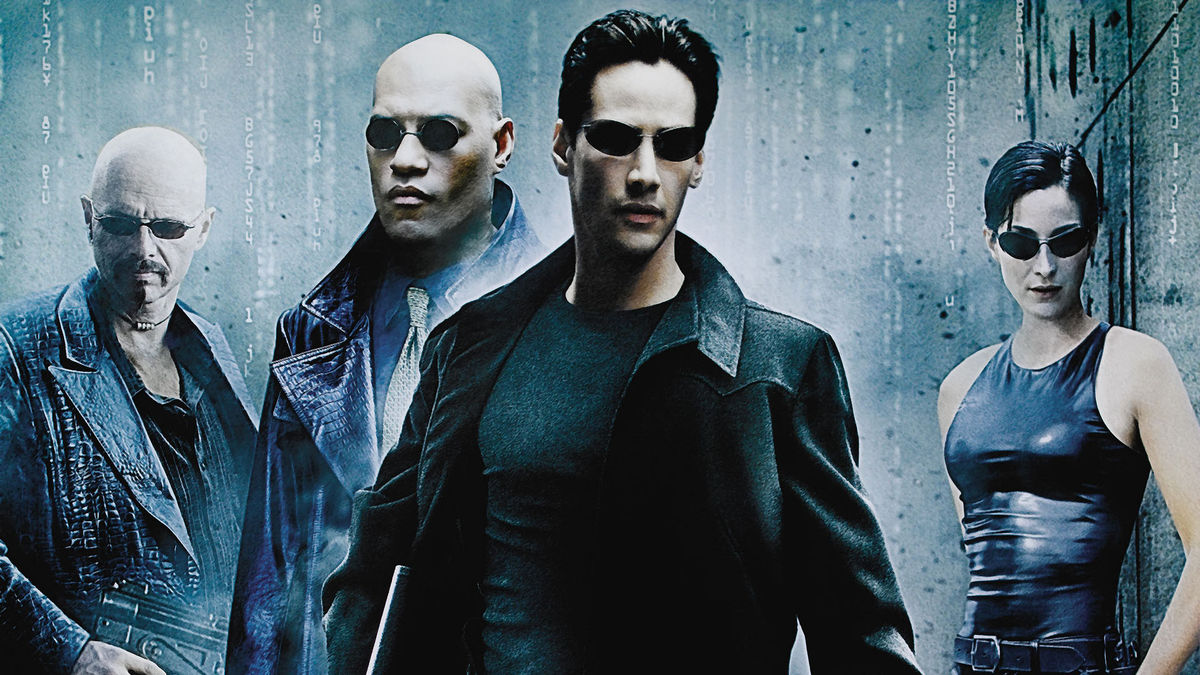 Back in 1999, I was in year 11 of high school. I recall sitting in design class late one afternoon when a friend enthusiastically rushed up to me asking if I had seen The Matrix yet? I hadn’t but I surprisingly wasn’t in any rush to do so. For months the ads on TV were droning the same line over and over again, “No one can be told what The Matrix is”, which was the tantalising mystery at the centre of the movie as well as its marketing.

The friend didn’t want to spoil the movie for me but insisted I needed to see it. I asked him if The Matrix was actually a computer-generated reality that humans are experiencing and in the real world they are all actually trapped inside pink stasis chambers.

His mouth was agape.

Now that’s not everything but anyone who saw the above trailer might be able to figure that out anyway yet for me it actually came from a full page advert on the back of one of my comic books.

Eventually, I saw the movie on home video and enjoyed it well enough but I still wasn’t as blown away as many others. In fact I began resisting and resenting this film so much.

I resented it because of the affect it had on Hollywood action blockbusters and the style of fighting that we were being presented with. While it made sense in The Matrix, in other films it just flat out looked terrible.

Later I questioned whether that resistance affected my enjoyment of the sequels (nope, legit shite) but it would take a few years before I softened on the original, which I still enjoy, as it really was a game-changer when it came to visual effects and was part of how we continued to consume movies as trilogies. And more importantly, it probably led to the existence of one of my favourite Wushu epics ever.

I still think the philosophical messages were overly pretentious but I gradually came to appreciate them more as I got older (even more so now that those messages may take on a different meaning if you know anything about the Wachowski siblings now).

On the opposite end, a film or film series I fell head over heels for was The Dark Knight Trilogy.

When it comes to DC, Batman is my main man, ever since the 80’s watching re-runs of Adam West’s rendition and then to the big screen with Michael Keaton, and then falling in love with The Animated Series. So when Batman Begins hit theatres I was all there for it. It was dark, it was gritty, it was “realistic” and as a guy in my 20’s that was right up my alley!

The Dark Knight continued that and made it EPIC. I was blown away and never thought a superhero film could be this awesome.

And then The Dark Knight Rises happened…

That movie was terrible, or at the very least a massive letdown. It was muddled and convoluted and most unforgiving of all it revealed the flaws of the previous two films I loved. Retrospectively, the cracks appeared in the premise and execution of this version of the Caped Crusader.

I was taken aback at how I missed so much in the first two films or how much I ignored or let slide. For all the hype about “realism” it failed to realise that very little about Batman was realistic. And in trying to force it into the “real world” a lot of the charm of Batman and his “Rogues Gallery” was lost in the translation.

The Matrix was all about challenging the notion of “reality” so it got away with what it did. The Dark Knight Trilogy was taking comic book fantasy and forcing it into the very limited “realism” box when it should have put its effort into making it “convincing” (those are two very different things).

These are two examples of me not properly managing my expectations. Listening to the hype and either falling for it or resisting it and in both cases having that affect my experiences with the films.

With The Matrix I felt as if it co-opted Hong Kong cinema and suddenly people were applauding it for doing what others had done for decades. I dived right into the first two films of The Dark Knight Trilogy because I had been a fan of Batman since I was little as was gagging for a “mature” take on film (I was in my 20s and kinda naive).

I think age plays a part in some of this too. Now that I’m older I have a different way of approaching most things as well a a bigger vocabulary for analysing such.

I don’t subscribe to the “go in with low expectations” notion, or at least I don’t anymore. I know it’s meant to enhance potential pleasant surprises but for me I found that a slightly miserable way to look at things, it was far too cynical even for a cynical bastard as myself.

A better way I found was “cautious optimism” as it at least had a spark of hope that a film I was going into would actually be entertaining. This allows me to somewhat pitch my expectations based on what I view in the lead up as well as the knowledge that no one deliberately sets out to make a bad film (although the Michael Bay Transformers films really does shit on that theory).

Some folks who follow my social media might have noticed how pumped I get for the Marvel Cinematic Universe, which is rather different to the cautiousness I approach other films with. And that’s mainly because the MCU has earned my trust since Phase 1.

Yours and my tastes may differ but Marvel Studios have yet to make a “bad” movie. There are films that don’t quite work or rub folks the wrong way but none of them are outright terrible. Sure, there might be an Iron Man 2 or a Thor: The Dark World but out of 20+ films, some major crowd-pleasers (The Winter Soldier) and some that get a pat on the back for effort (Ant-Man), their track record for fun, entertaining, or mind-blowing films really does speak for itself.

Even if one film does fail to deliver there is always the promise of the next one learning from that and doing better. And that allows me to just enjoy the ride along with everyone else.

The older I get the more I’ve learned to manage my expectations. I don’t always get it right but at least I’m not falling as hard for things as I used to or I’m more able to enjoy the ride on the hype train as I should. This sort of goes hand in hand with my evolving taste in film too.

The ability to manage one’s expectations is a skill that takes time to develop. It won’t guarantee that you will never be disappointed again just that the fall will be shorter and softer when you land. For yourself as well as the people around you.