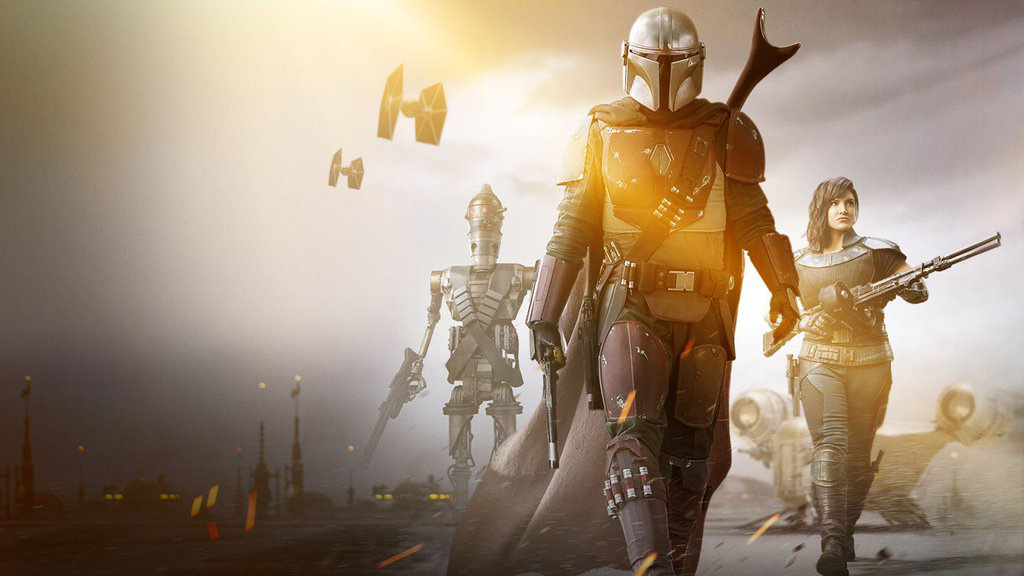 After a somewhat lacklustre premiere, The Mandalorian quickly turned out the be a fantastic and fun action-adventure series, which harkens back to such shows from the 1990’s.

Oh you thought I was going to invoke old westerns or “Lone Wolf and Cub”? Yeah, don’t worry, I’ll get to that.

The following will contain SPOILERS so if you haven’t had a chance to watch all eight chapters then I suggest you do so. Again, it’s a lot of fun!

As I said in my first impressions, that premiere episode was a let down because for all the hyperbole from “true” fans, Chapter 1 (save for the last two minutes) was missing anything for me to latch on to in order to give a damn about any of the characters. By the time there were any stakes, any semblance of personality or interesting character development, the episode was over.

Fortunately, we Aussies had a 1 week delay for the launch of Disney+ so we got two episodes in the one go and Chapter 2 was exactly how the series should have started in tone and energy. From there the show was not only compelling but also fun and exciting to various levels.

The Mandalorian certainly has the basic aesthetic of an old western but once we got to Chapter 2 we were firmly in “Lone Wolf and Cub” territory, which is still valid because westerns and samurai films inspired one another back in the day. Even George Lucas was inspired by Akira Kurosawa’s films when he made the original Star Wars.

However, although it’s a bit more than just basic aesthetic and tone, so many who grabbed onto that expecting it to be dour and gritty and overwrought like so many other prestige TV shows these days were soon disappointed as the series took on a more lighthearted, episodic approach.

People love to regurgitate that Uncle George was trying to recapture the feel of the movies and TV serials he grew up with and that’s exactly what’s happening here. Most if not many of the people making The Mandalorian grew up in the 80’s, 90’s, and maybe even the early 2000’s. The kinds of television they probably grew up with were Hercules, Xena: Warrior Princess, Buffy The Vampire Slayer, Lois & Clark (and that’s just the stuff I remember from the 90’s but you get my point). Those shows themselves were informed by the shows that came before them.

So of course The Mandalorian feels familiar to me because that’s the kind of television I grew up on too and that’s why I love this!

Chapter 4 (Sanctuary), directed by Bryce Dallas Howard, is perhaps the most obvious example of this. It’s the familiar “stranger comes to town and helps the villagers with their dire problem”. It’s very western but it’s also very Hercules and Xena, it’s Kung Fu and Star Trek (one’s literally a western and the other described as “Wagon Train to the stars”).

A few of the manbabies took to social media to complain because the episode had the audacity to *GASP* introduce TWO strong and capable women, claiming that the widow Omera being the only one in the village that could handle a rifle was somehow trite and unrealistic… despite the fact that was an actual thing in the old west and not just a trope (the wives and mothers had to be capable with a firearm when the men were away).

I may be the only one that sees it but Chapter 6 (The Prisoner), written by Christopher Yost, somehow had the feel of an episode of Doctor Who (Russell T Davies era).

When the writer of the episode has an impressive and extensive list of credits that involves so many animated shows (X-Men Evolution, TMNT, Star Wars: Rebels to name but a few), as well as worked on Thor: Ragnarok, you’re going to get a motley crew of interesting characters.

Speaking of characters, over the course of seven episodes (I still think Chapter 1 is a write-off) all these characters really came into their own and and even if they haven’t developed in the same way our main Mando has they’ve all at least been allowed to reveal more of themselves as needed.

From the unassuming Kuiil to the robotic IG-11, when they do sacrifice themselves you do feel the sadness because you’ve legitimately and naturally become attached to them.

All the characters are fantastic and the performances are great. Well cast too for a TV show (if you ignore that it’s the flagship for Disney+ I guess). Pedro Pascal does so well to emote with as little or as much of his body as required (when it’s actually him in the costume as we also found out). One of my favourites also has to be Cara Dune (I’ve even bought her action figure twice) and not only is she cool and a badass but I’ve also realised why the animated GIF of Gina Carano was doing the rounds for so long.

But of course the MPV of the entire series has to be “The Child”, aka “Baby Yoda”, who has taken the whole internet by storm.

(Funnily enough, people complain with such vitriol about spoilers so Disney decided not to have any “Baby Yoda” merchandise released yet but then people complain about the lack of timely merch claiming it was a missed opportunity. Idiots!)

But the child does more than provide the audience with the necessary stakes and attachment to keep watching. “Baby Yoda” also serves as a parallel for the Mando himself, as it’s slowly revealed that he too was a “foundling”. This informs his motivations at the end of chapter 1, this also provides context to basically everything he does throughout the series.

But also playing the central part of the overarching mystery, we get glimpses and teases at what the child can do. As the audience we know he’s Force sensitive and we have some exposition backing that up in Chapter 8 from The Armourer. Yet the hints are also not wasted, they build satisfyingly from chapter to chapter without giving the game away just yet (season 2 is already in production).

The references and callbacks to previous instalments of Star Wars are also very well done. It’s easy to point at creator and show runner Jon Favreau (who also voiced Paz Vizla in Chapter 3) as the reason for all the easter eggs being so reminiscent of how Marvel Studios does this but honestly it’s all about using them to enhance instead of relying on or forcing the reference for the sake of it (something JJ Abrams could probably learn from).

Previously, I stated that I resented the way the fandom for Mandalorians grew around such a pathetic character like Boba Fett. It smelled of desperation to build up a mythology in such a manner that matches a lot of the edgier and grittier demands that nerd culture has about stories which were originally created for younger audiences. And I think this series is trying to address that.

Not only are we slowly being educated about Mandalorian culture but we’re also seeing how the people in that galaxy far, far away view the Mandalorians. Their reputation is continually brought up and even questioned. And it’s not always a clear-cut confirmation or debunking of that reputation. Our Mando is often seen getting his arse handed to him and often being the only one handing out the arse kickings.

The armour isn’t as shiny as we remember it but it still protects if you get my meaning. He’s not perfect, he’s not John Wick but he’s still pretty good.

I know a lot of people disliked The Last Jedi (I loved it) but that was a movie that challenged its audience to question and re-examine the way we REMEMBER and REVERE things (and not about “killing the past”). Because we do a lot of that in our fandoms… I say this as a toy collector who knowingly imbues my collection with personal meaning, and that is what is happening with this series.

It’s certainly not a perfect series yet for the most part, The Mandalorian plays it safe and doesn’t really swing for the fences like Westworld does for example, but here that’s not a bad thing because it does make up for it with good and entertaining stories and characters, as well as thoughtful enough themes and a mystery that isn’t so much teased to the point of frustration but instead laid out for us to enjoy and parse at the same speed as the characters.

I really enjoyed this first season and I’m looking forward to season 2.

If you enjoyed this review then please consider supporting me by heading to my Kofi Page and dropping a few dollars. ko-fi.com/oldtrenchy