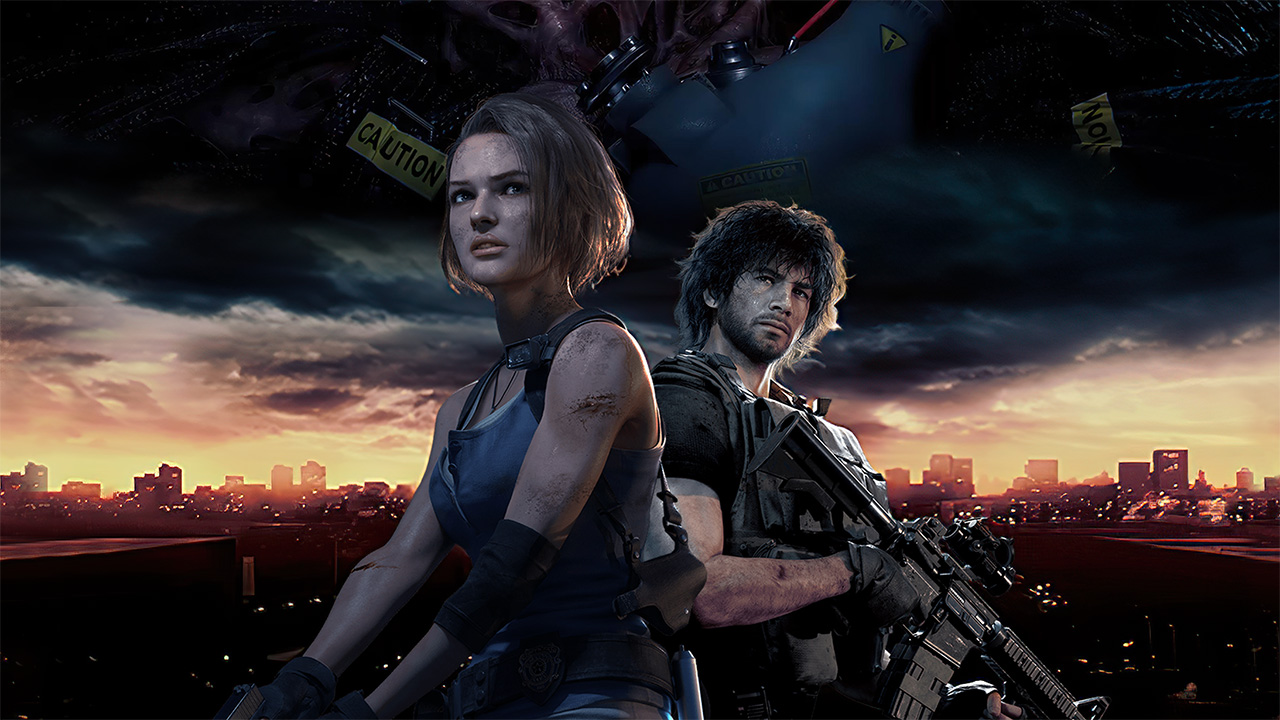 A little over a year ago, I sat down and played my first ever Resident Evil game and enjoyed the absolute snot out of it. Before then I was not a fan of “survival horror” games nor “horror” as a genre in of itself (I’m still not really) but the remake of Resident Evil 2 was a rather unique exception, which I thought would be a one-off for me. And then Capcom announced they were remaking the third game in the series.

I spent the weekend completing the main campaign and thoroughly enjoyed it. The Resident Evil 3 remake is just as fun and compelling, and possibly even as creepy, as last year’s remake release. To call it “more of the same” is somewhat inaccurate as that implies a negative and ignores the nuance of the pluses and minuses that put in more or less on par with RE2. Even if it were just like the previous remake (which it isn’t but it’s close) that’s not necessarily a bad thing especially if it means it’s still good and fun to play.

In fact I was questioning whether or not to write a review yet I think there’s just enough here to highlight (besides, what else am I doing now that I finished the game?). Overall, as someone who is still relatively new to the Resident Evil game series, these have really hooked me in.

Resident Evil 3 begins 24 hours before the events of Resident Evil 2 during the peak of the T-Virus infecting the population of Racoon City and the mass evacuation of of its citizens. Past the halfway point the game catches up with its predecessor (the events of which happen in another part of town). That synchronicity is enhanced by how similar these two games are and I would not be surprised to find out they were developed around the same time seeing as how quickly this game was released.

For the majority of the game we play as Jill Valentine, a member of the Special Tactics and Rescue Service (S.T.A.R.S.), who was investigating the Umbrella Corporation on her downtime while suspended from the force. Throughout the campaign she is being pursued by a monster, known as “Nemesis”, sent by Umbrella to eradicate the remaining members of S.T.A.R.S. who may have knowledge of their shenanigans from the events of the very first Resident Evil game. And Valentine is pretty fucking cool. A highly-capable, no-nonsense bad-ass, the type that belongs in an elite unit.

For a couple of brief, swap out moments you get to play as Carlos Oliveira, a hired mercenary for the Umbrella Biohazard Countermeasure Service (U.B.C.S.) whose platoon is sent to Racoon City to help with the evacuation. He and Jill get off on the wrong foot (because Umbrella) but they soon learn to trust one another.

Their character redesigns are pretty good too and are a vast improvement over how they appeared in the original RE3. Looking back to familiarise myself with the original 1999 release, Carlos looked very cookie cutter and Jill’s miniskirt and boob tube was thankfully nixed in the new version in favour of something much more practical (look, whatever angers the manbabies I’m all for).

Speaking of the original version, 3D games from that era have not aged well and like RE2 this game has had a massive overhaul. While a lot of the broad strokes and a few major set pieces and plot points have been retained it’s been rearranged to make for a more compelling campaign story and updated for a contemporary game playing experience. As a new fan I very much appreciate that. But unlike last year’s remake, RE3 is much more action-oriented so it has fewer puzzles, slightly less creating, a little faster-paced with more durable zombies to escape from, and it has a lot more forward momentum (not as much back-tracking).

It also feels like a shorter game too, for better or worse. RE2’s playtime felt longer because it was literally two separate playthroughs (with Claire and Leon) before they converged for the final boss battle. whereas RE3 is more or less a straight through experience. With the way I play games now in my “advanced age” I assumed I would take a week before I completed everything. But with my crappy broadband having a meltdown (thank you, LNP) I had a lot of spare time and was able to finish it in a couple of days. Actually I got three quarters of the way through on the first night before I had to put it down for an entire day so I could savour the experience!

It’s swings and roundabouts when it comes to the tweaks and improvements this game has over last year’s remake. There are a few new mechanics that seems like fun but don’t really go anywhere or aren’t utilised enough. What little backtracking it has seems to make Raccoon City feel smaller than it should (like a small town rather than a “city”). And sure it’s a tighter more streamlined story but it leaves you wanting more because you haven’t had your fill.

Once again, this is a bloody good looking game. The characters are well rendered and convincing, the environments are gorgeously detailed and suitably creepy, and the zombies are varied enough and desiccated enough to give you the necessary fright (RE2‘s atmosphere gave a suitably more ominous vibe whereas part 3 fits in with the action-shooter pace).

As I said earlier, the campaign story, while not overly deep (it’s a Resident Evil game after all) is enjoyably and drew me in enough with the situations to make me want to keep playing and with characters developed just enough to care what happens to them. Again, looking back to the original 1999 release the script and acting left a lot to be desired. Even back then Jill was meant to be this strong, independent, Delta Force trained soldier but you wouldn’t know it from her portrayal in that game.

It was wonderful to get little references and set ups to the previous game where parts overlap (a visit to the Racoon City Police Department helps with setting up what happens to Leon and Claire in RE2 for example). It enhances how the two games are meant to compliment and accompany one another.

Because of my preferences and predilections, I only played the main campaign. Resident Evil 3 also comes with an online multiplayer game called Resistance which is an asymmetrical survival experience but that’s not really my thing.

For the Aussies, if you order a physical copy of the game from say Big W and have it posted, it’s much cheaper than it would be to download from the Microsoft or Playstation Store or Steam. Just something to keep in mind during this current “stay at home” situation.

20 years ago these games didn’t interest me but now it does make me wonder whether or not Capcom are going to remake and re-imagine the other games in the series in this manner as I would definitely give them a looksee. And that’s the point of remakes like these: to attract a new audience.

Your mileage may vary and it’ll seem like either poor taste or somewhat timely to play such a game in the current climate but honestly, as someone new to the series and doesn’t normally get into “survival horror”, this was an enjoyable and fun distraction from all that, albeit a short one.

Resident Evil 3 is currently available on Playstation 4, Xbox One, and PC.

If you enjoyed this review then please consider supporting my work by contributing to my tip jar at: www.ko-fi.com/oldtrenchy