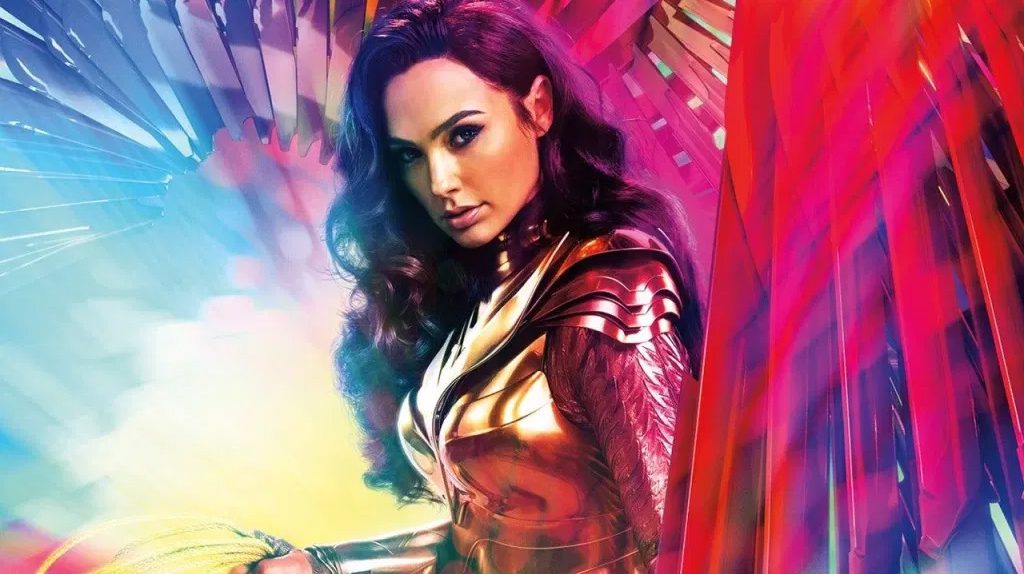 After many delays (even before the pandemic), Wonder Woman 1984 is finally here and I had a lot of fun with it. However, as enjoyable as I found it, the film does appear to lose its momentum in the second half and ends up being somewhat disjointed despite a lot of great ideas.

Have you ever walked into a room in your house but upon doing so forgotten why you went into that room?

THE REST OF THE REVIEW MAY CONTAIN MINOR SPOILERS BUT NOT MUCH MORE THAN THE TRAILERS HAVE ALREADY REVEALED.

The first half of this film is fantastic, in particular the first act. That opening flashback is tremendous energy but following that the movie not only recreates the 1980’s (or how we remember it through media of the time) but also mimics the types of movies from that era too (think how a jewellery store robbery might have been depicted then versus now for instance). It’s fun, it’s cheesy, and absolutely delightful, setting up a great tone for the movie. It then proceeds to forget all that going into the second half and falls apart despite there clearly being some great ideas being presented.

As I said I like the tone that we’re introduced to at first in its camp and cheesiness. There are moments that take me back to the 70’s TV series in terms of that energy and it feels like it’s aware of itself in that regard. And then it hits you with these spectacular action scenes that are a lot of fun to watch even with (or maybe because of) the aforementioned cheese. There’s been this major push to talk up seeing this in IMAX but honestly I don’t get the appeal (and we no longer have such in South Australia anyway I don’t think). But whatever screen you’re seeing it on it’s mostly excellent as it is (there’s at least one contrivance I rolled my eyes at as it went even beyond “cheese” ).

The performances are all great too given what they’re all working with. Chris Pine’s Steve Trevor makes for charming comic relief and Kristen Wiig is delightful as Barbara Minerva and you can definitely see the character transform in personality even before she becomes Cheetah (I have no issue with the often used “downtrodden nerd turns bad” but now we have the “girl version” as it mostly works here). Pedro Pascal is clearly channelling a certain real life villain in Max Lord and is having a great time with it portraying the whiplash-inducing personas of this conman. Ironically though Gal Gadot seems to be a tad overshadowed by everyone else. Now that may be deliberate or a side effect of making Diana reclusive and “Wonder Woman” some big mystery in a time without phone cameras but it just seems peculiar considering how striking a presence she was in her first solo outing.

Any issues with these characters (and there are a few) all seem to be in the second half as a symptom of the writing. There’s a lot of fantastic set up for the story and the characters (although I wish there was more Diana and Barbara to make their eventual confrontations more meaningful) but the pay offs are often lacking. On the other hand certain important moments happen without proper set up and feel shoehorned, one of them is vital to Lord’s evil plan (it’s not even “Chekov’s Gun” it’s just “by the way here’s a thing”) and the other introduces a random new character for some important exposition but he doesn’t get to do it AND this is exactly after another character was already giving an info dump.

Now had it simply been a case of “story takes a turn because bad guy does X” that would be just fine (and from a tonal sense that’s obviously deliberate in the third act) but from a narrative sense it becomes disjointed and you can’t help but wonder if it was a case of studio meddling and a need to maintain “something” for the DCEU going forward (there apparently were a lot of reshoots so that may explain things). For the most part I can see the aforementioned great ideas that it’s trying to execute but they either fall flat, become problematic optics, or simply don’t fit as presented in this story and really required a lot more fine tuning: the ethical ramifications of Steve Trevor’s return, the mechanics of the “McGuffin” (in relation to Diana anyway – you think they’ve already answered it but did they?), the tone-deaf depiction of a particular geopolitical situation, attaching certain aspects of female empowerment to one of the villains, trying way too hard making the other villain too sympathetic… it goes on (as far as the more problematic optics for this movie’s feminism I would suggest turning to the women who have reviewed and talked about it, not exactly my place to declare anything either way).

Now these things don’t necessarily make the movie “bad”, as I said there are kernels of a great ideas being presented, I just wish the script, or even the edit of the movie, was given a few more passes to tighten these elements up more and make them work in relation to each other. Mainly because this did NOT need to be 2 and a half hours long (again a lot of that comes from the second half). The funny thing is that this movie had been delayed even before the pandemic allowing for more time (in post production at least) so it’s bizarre as to why this film feels as clumsy as it does.

And yet I don’t dislike this movie. This is yet another case of me enjoying something that isn’t great and that’s okay. It’s not because of 2020 “yay to be in a cinema again” (I never did that much anyway in previous years and only reserved it for major films – for this I went to a 9pm session on “tight-arse Tuesday so barely anyone around.). I loved the first Wonder Woman movie despite its third act issues and while WW84 is isn’t as good” it’s is more fun and that thread of fun from the first half is still maintained in the slightly more dour second half with the action scenes and a few character interactions preventing the movie being a complete slog. But as I keep saying I can see what they were trying to do (in particular that final resolution) even if they fell just a tad short.

There’s a joke about a coffee cup that made me giggle more than it had any right to though so there’s that.

I saw a tweet that compared this to Iron Man 2 (a film I also enjoyed enough despite itself) and I don’t think I agree with that comparison as IM2 was near-disposable simply jogging on the spot until they knew what to do next. WW84 is trying to SAY something but misses the mark.

Heads up: there is a very cute after credits scene that is cheesy as all hell but I loved it.

As is always my way for films I enjoy, Wonder Woman 1984 is fun enough for me to pick up the blu-ray eventually but maybe on a sale day.