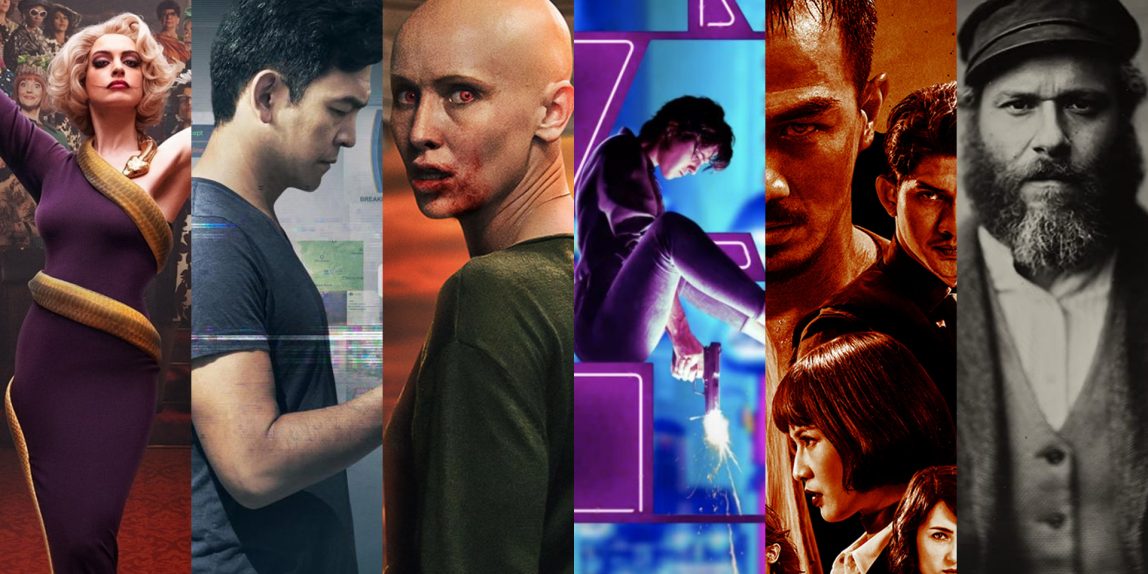 Heading into another week of lockdown? Well, here’s another set of movie recommendations (and warnings) to mull over if you’re looking to kill some time. You can check out my previous Mega Movie Catch-Ups here.

The Witches (2020)
The Witches was my favourite Roald Dahl book growing up and while I enjoyed the original 1990 movie adaptation, I don’t revere it like so many others. This re-imagined version, however, showed some promise…

And it quickly squandered it.

I actually have positive things to say about this film and if I were to list them individually it would sound like a great movie. For example, transplanting a very English story into the American South-West is a fascinating idea with so much potential to mine. Anne Hathaway is having a ball chewing at the scenery (she should be doing more roles like this). Speaking of Oscar winners, there is also a heap of big name talent involved with this production as it was directed by Robert Zemekis and the story was co-written by Guillermo del Toro. But these things only sound great in isolation because somehow it all resulted in a bit of meh.

To be fair, this seems like it was aimed at a much younger audience but even then it feels far too clumsy in its approach in trying to over-simplify something that was already aimed at children. While the original film was the appropriately “dark” kids adventure we’re familiar with of the era it did cop out on the ending, whereas this one is more faithful and yet still undermined by the overall tone and execution.

Searching (2017)
I had wanted to see this one since it was announced but never had the chance until it came to Netflix and it’s quite the unique piece of filmmaking for the internet era.

My interest wasn’t just because John Cho was the lead but also the basic format of the movie is presented entirely from the point of view of a computer or a phone. It’s as if they screen recorded every moment, every window, every use of an app, and edited together to create a compelling mystery and it is absolutely a thriller that holds your attention, especially if you’re even slightly internet savvy (I can only imagine if you’re not as such then it may make it even more terrifying?). Some might argue that the story is too reliant on the gimmick but I guess that’s the entire point this movie is trying to make, if that makes any sense. There are a few contrivances such as the Facetime camera still being on long after a call is over but it still works.

Setting aside the gimmick, it is a genuine mystery that the audience can follow along with, it’s clever without being too complex and you believe Cho is a father desperate to find his daughter. This surprisingly works so well it’s a shame that it would be too trite to attempt to emulate or repeat.

Blood Red Sky (2021)
Although it feels like a peculiar mashup, this vampire movie from Germany continues my theory of refreshing non-Hollywood perspectives on tired genres. If only it were as satisfying as one would hope from such a high-concept horror film.

This slow-burn of a movie has plenty of cool moments for horror fans but for every positive element it ends up tripping over its own shoelaces. I don’t think this, admittedly, fascinating story is told as well as it could have been. For all the graphic blood and gore (your mileage may vary on that) it’s still too subtle where it needs to be more obvious with the important information. Sure, it’s not too difficult to follow but it’s refusal to hold the audience’s hand often leaves said audience on a three second satellite delay. Even the flashback scenes are somewhat adequate in their offering context and background.

The lack of overall satisfaction is probably more to do with the (possibly European) aversion to the type of tropes you would see if this premise were made by a Hollywood studio but there was clearly a great level of effort put into this, there’s more nuance here than such a film deserves, and so it’s still a movie I recommend if only for the performance of the lead (Peri Baumeister) as Nadja and the refreshing point of view and I enjoyed that.

Kate (2021)
I love seeing women stylishly and violently kick arse but Kate is one of those films that comes off as trying too hard to tick every box in this genre rather than telling a good story.

This is a paint-by-numbers, female assassin wants out/is now out for revenge film we’ve seen many times before that spends way too much time being “cool” and emulating the styles and set-pieces of better films. Hell, this film is dripping in so much cliché even the title of the movie is simply the name of the protagonist. There’s also a larger discussion about how problematic this film is having white protagonists in a story that could easily be completely cast Japanese considering the entire setting is Japan and the Yakuza. It feels like more a case of wanting to appropriate the cool Japanese aesthetic rather than say something about any of it. Even then the aesthetic itself is all over the place as if it cannot choose just one style of movie to imitate.

Most of the heavy lifting is done by Mary Elisabeth Winstead, who elevates the film somewhat but she is failed by a script that forgets to make you care about her character (a lot of flashback exposition is stuffed into the final act as if someone forgot to lace it around the rest of the movie).

Feeling more like a very good fan-film going through the motions rather than a big studio feature, it’s a case of two steps forward and then falling arse-backwards.

The Night Comes For Us (2018)
Yet another “killer with a heart of gold on the run” this time from Indonesia, which benefits from that non-Hollywood perspective I mentioned earlier. However, it is not for the faint of heart.

I didn’t mind this one for the most part despite how overwrought it is to the point of corniness. That slow-plodding crime-epic aspect as well as the oddly-paced editing during “serious” moments really made this movie about 45-minutes too long. However, it does sort of make up for it by being creatively brutal and that’s pretty much the only reason this movie exists. There’s a gritty, independent film “working with what you have” quality that I find endearing until you notice the minor CG elements and the way some of those set pieces could only have been filmed on a purpose-built set.

Ever since 2011’s The Raid (which both leads from this film starred in), Indonesian action cinema has really made its mark by combining elaborate fight choreography with graphic wince-inducing brutality. Main protagonists are seemingly able to absorb more slashes, stabbings, and gunshots than any normal human should while wave after wave of nameless fodder collapse to the ground after being drained a few litres of blood and or losing body parts. That alone might be enough of a selling point for many.

An American Pickle (2020)
Seth Rogen plays double duty in this bizarre high-concept comedy about a man out of time.

I was amused by this charming little comedy, which more than a little reminds me of similar films from the 80’s. For a while there I thought it was some sort of commentary about millennials not working hard enough or how fickle they are but no they really is just a means to an end in the story telling.

It’s very silly (a man falls into a barrel of pickles and is preserved for 100 years… and survives), it’s also very on the nose, but once you can get over that hump it’s also quite heartfelt.

For what it’s worth, this may seem like a very simple movie with not that big of a budget but I was really taken with how good the VFX were especially in putting Rogen on the same screen with himself.

If you enjoyed these reviews then please consider contributing to my tip jar at: ko-fi.com/oldtrenchy