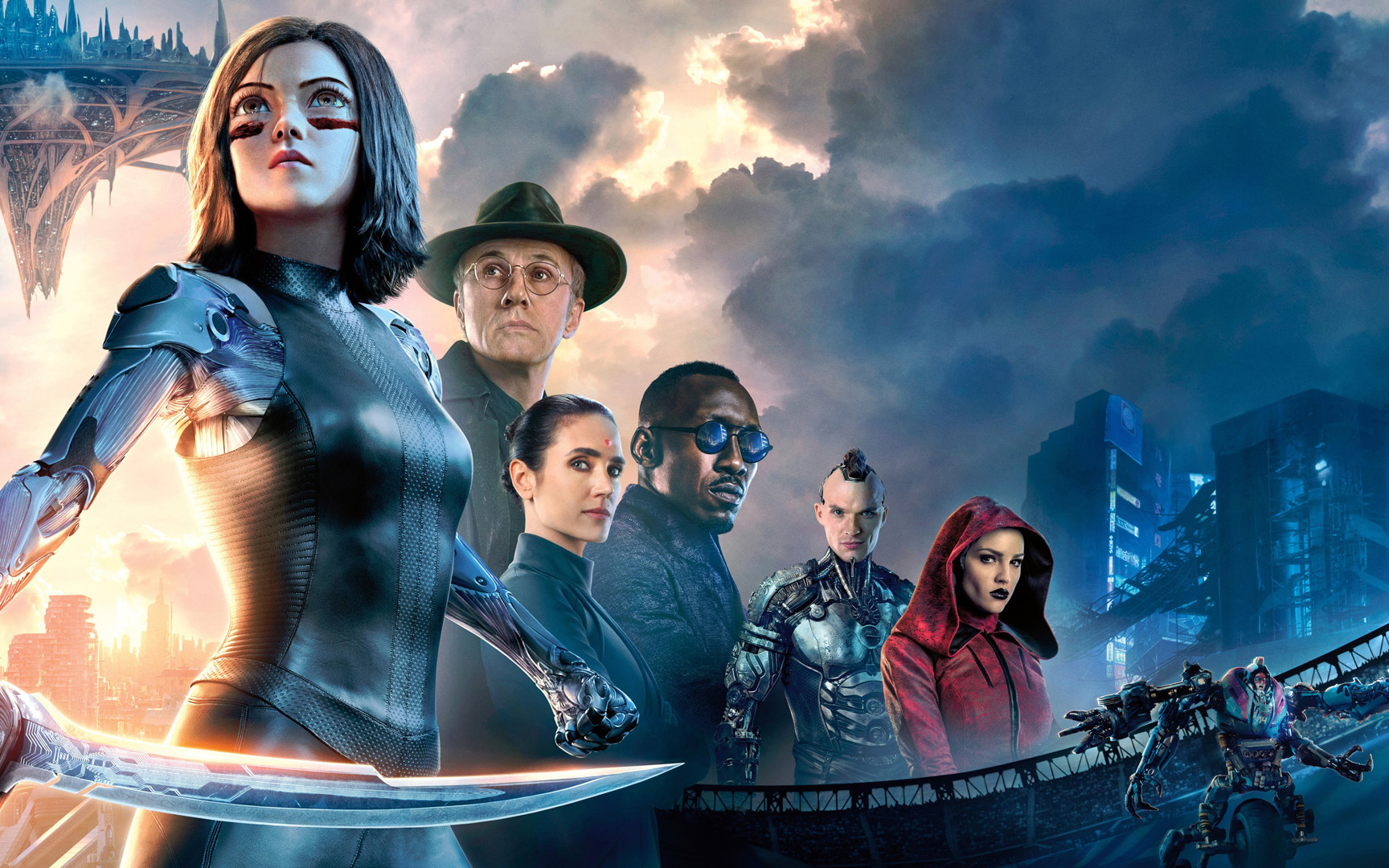 Alita: Battle Angel is fun, visually spectacular, and full of energy and yet I struggle to call it “good”. Don’t get me wrong, I found it thoroughly enjoyable and you really get caught up in the visceral aspects but narratively it’s a bit of a mess.

Based on the 1990’s Manga, which I’m only familiar with by reputation, it has a lot of story to tell and a massive world to build, which I think is to the detriment of the movie. Things just happen, sometimes a little too fast or conveniently and there’s no flow from scene to scene, which may be down to editing of the nearly 2 and a half hour running time.

HOWEVER, as I said, I had fun with this one. It’s a gorgeous film, the effects are wonderful and for all the claims of “uncanny valley” people have made of Alita herself, it’s either not there or you quickly get over it.

And I think that comes down to the performances, doing the best they can with the sometimes awful dialogue (Rosa Salazar is charming as Alita, Christoph Waltz plays the typical walking anime “exposition dump”, and Jennifer Connelly seems to enjoy vamping it up). Some of the cyborg characters in particular are wonderful in how bloody hammy they are. The weak link is perhaps Hugo as the love interest, which is ironic as I don’t think he’s that interesting at all.

The action scenes are awesome and well staged and I think they balance nicely with the needs of the story (right levels of out-and-out action to quiet moments). Had it gone too far in a certain direction then it could have lost me completely. Having said that there is a conflict between how large and sprawling this film is meant to be versus how claustrophobic some of the scenes feel.

A few of these contradictions may be a result of the way James Cameron (co-writer and producer) and Robert Rodriguez (director) do things and their sensibilities do differ when it comes to these sorts of effects-driven films on top of translating the manga sensibilities to a Western-based film. That can often be a challenge.

TWO THINGS I want to touch upon: as to the claims of “whitewashing” (don’t roll your eyes, as an Asian-Australian, diverse representation in media is important to me), this film requires more mental gymnastics that most.

The original Manga was set around Kansas, USA. The film appears to possibly be set in Latin America and “Iron City” is deliberately highlighted as inhabited by a diverse populous. And while a few of the main characters with Japanese sounding names are played by white actors, the majority of the casting is rather colourful and two of our leads are Hispanic in heritage.

The controversy with the Hellboy reboot was a cut-and-dry case of whitewashing (which was positively resolved might I add) whereas Scarlett Johansson’s casting in Ghost in the Shell was mainly a missed opportunity made worse by trying to explain and justify it, hence missing the point.

With Alita, it’s more of a case where you set up the goal posts because, more so than Ghost in the Shell, here there was an effort to compensate with the casting of people of colour in main roles instead of justifying it. Would I have preferred Asians in the main leads? Sure. But I can be happy for the Hispanic representation in this too.

The second idea I want to highlight is something a few critics have touched on but seems missing from the marketing: this has all the hallmarks of a “young adult” dystopian story in the same vein as The Hunger Games and the like and even if it is a bit clumsy in it’s depiction, this is aimed squarely at teenage girls. And I mean that in a positive way.

Without going into major spoilers, Alita’s whole thing is about discovering what it means to be a teenage girl, and then a woman, in sometimes less than subtle ways either cliched, allegorical, or even literal (discovering what your body can do for instance). And from a dumb cis gendered guy point of view, it looks to be an empowering depiction without being hokey or on the nose. In fact it’s more of a “hey, I think I know who’ll enjoy this character” kind of pleasant realisation of such and I really appreciate that.

As much as I enjoyed it (and want to get it on blu-ray, my usual yardstick of personal taste), I still struggle to call it a “good” film mainly because of how muddled that story is, which appears to be the main criticism, along with the unfortunate setting up for a potential sequel. And I think those things drag the film down from being “amazing” to just “good enough”.

As always your mileage may vary but this is certainly one enjoyable enough to give a go and see on the big screen.