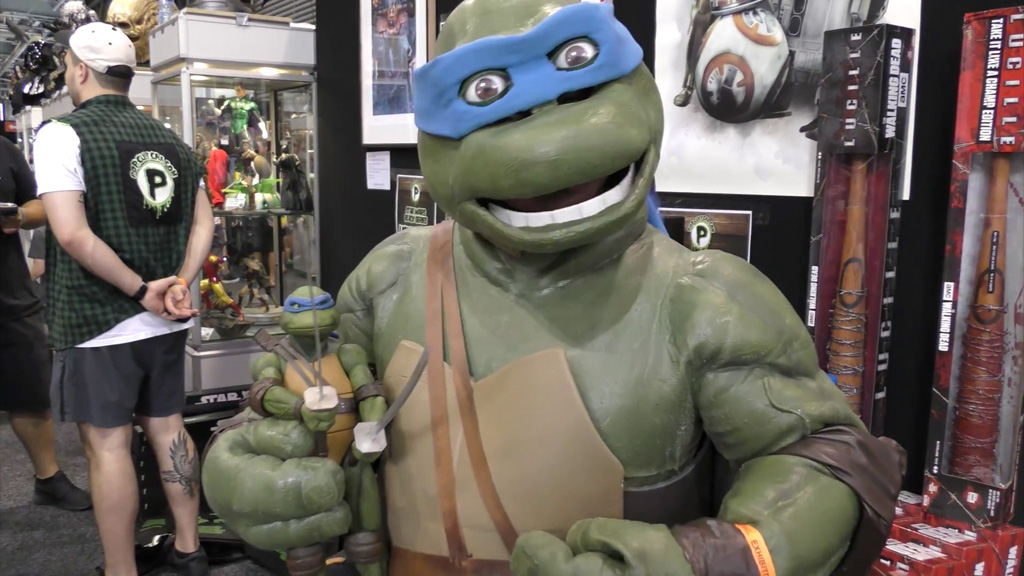 If you haven’t seen it yet (and why not unless you’re trying to hurt my feelings?) my new 2019 show reel went up over the weekend.

Not everything from the last twelve years of cosplaying is featured here (not everyone was getting about with a video camera back then or the footage is too small) but there’s quite a few great memories that pop up. And I thought I’d have some fun with a few bits of trivia about some of those moments.

The oldest bit of footage comes from 2011 (thanks to Cyber Angel. Sadly it’s so old the original video has disappeared) and was taken at Melbourne Armageddon Expo.

I was dressed as Marcus Fenix from Gears of War 3, a cosplay myself and my best friend (at the time) had debuted months earlier and won third place for “best group cosplay” at AVCon. It was also perhaps the second time ever I had shaved off the “Fu Manchu” face fuzz, which I had previously cultivated for nearly 11 years before shaving it off the first time for AVCon.

My first Adelaide Zombie Walk was in October 2009 and ever since I’ve pretty much worn the same costume: a bio-hazard/hazmat suit.

While the majority of the outfit has evolved through updates and repairs over the last 9 years, that helmet is pretty much the exact same one I wore at the very first Walk.

The last cosplay competition I ever entered was at AVCon 2012. I was first place for “Best Male Cosplay” with my Iron Man costume. I originally entered with Optimus Prime but I was way off finishing him and was allowed to swap last minute (it was a simpler time). As a gag I told them to still introduce my entry as Prime though.

I was also hungover.

That was thanks to Neko Nation the night before as the After Dark event (also part of the reason Optimus wasn’t done in time). So I got up there riffed my best/worst Tony Stark, got a few big laughs, and apparently that’s what got me over the line for first place.

That video still exists in full on Vimeo but I have a hard time watching my portion back as I’m not a performer and it can be quite the cringe-fest.

The very first cosplay competition I was asked to judge was at AVCon 2013. I got to meet the lovely and absolutely dorky Jessica Nigri as she was that year’s major guest as well as panel judge (we ended up with six judges that year for reasons I may have bemoaned before).

Friends and the making of…

November 2012 and it was Supanova Expo‘s first time in little old Adelaide. It was also the first time I properly met JusZ Cosplay and I’ve been pestering her and her hubby ever since.

I’ve had quite a few complex costumes over the years and I’ve usually needed help getting into most of them. Various friends have lent a hand at these events but none more so than Jennifer Reilly Cosplay who has probably been there for almost all of them, making sure I’m properly strapped in. We’ve known each other since 2010 so the experience and shorthand becomes invaluable at these sorts of events.

Another costume I hadn’t worn in years, since 2012, was Marcus Fenix from Gears of War 3. I decided to bring him out of retirement for AVCon 2018.

That rifle I’m brandishing there is called a “lancer”, best known as having a chainsaw as its bayonet. It’s also signed by the voice of Fenix, John DiMaggio the first time he was in Adelaide for Supanova in 2012.

More Than Meets the Eye

This photoshoot with the legendary voice of Optimus Prime was from November of 2014… and I’m still dining out on this encounter. I never thought I’d ever meet one of my childhood heroes let along get some one on one time with him.

This footage, by the way, was shot by my mate and journalist who organised this shoot for The Advertiser, Sean Fewster. But he only told me about this existing a couple of years ago!

At Oz Comic-Con 2014 it took me an hour to walk the 100 metres of that atrium because people kept stopping me for photos.

It was my second outing as Optimus Prime since deputing him at Supanova Expo in late 2013.

I was so exhausted by the end of that hour I had to pull the pin and wasn’t able to make it into the main dealers hall (I was just short by 3 metres).

Adelaide Supanova 2015 was meant to be Optimus’ final lap before going into “semi-retirement” (never say never but I just needed to rest him for a while). To commemorate the occasion I finally decided to do what I had wanted to do with Prime from the beginning: attached an action camera to him to record the whole experience from his “Prime’s Eye View”.

I got just over 45 minutes of footage on that lap and it saw everything. Despite my experiencing it every time there is so much I miss because I am focused on staying upright in such a heavy costume.

And now here’s a photo of me playing with myself…

I always enjoy these trips down memory lane and there’s probably more I could include but perhaps I can go into those stories next time.

It’s been a fun 12 years so far full of ups and downs. Moments I will cherish and occasions I wouldn’t wish on my worst enemy. But you do what you can to enjoy your passions and appreciate the friends and loved ones you meet along the way.