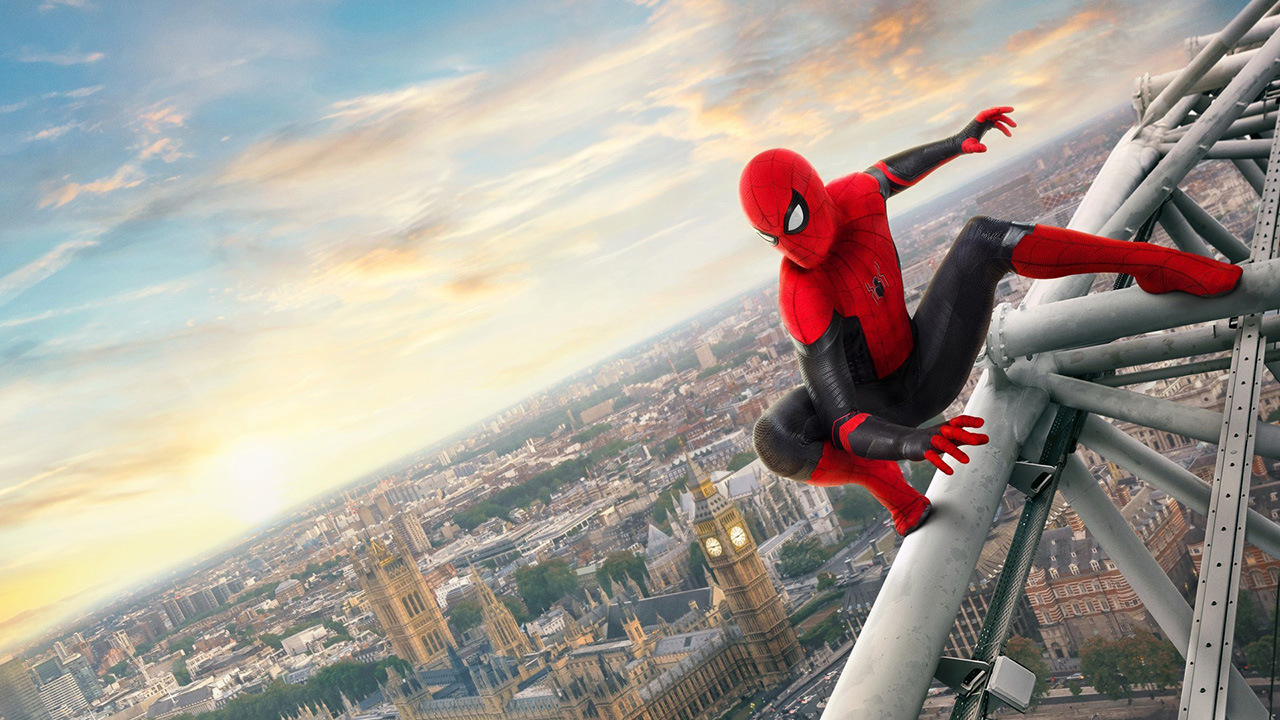 I was very fortunate to be invited along by my mate Sean Fewster to a special early preview screening of Spider-Man: Far From Home on the Friday night… and honestly I was still buzzing hours after I left the cinema.

This movie is so much fun and I had (dare I say it) an amazing time!

I will admit I originally had a few hesitations about this film in the lead up, not that it was going to be “bad” but after the enormity of Endgame that this would simply be a palate cleanser (as fun as the Ant-Man films are they rarely rise above that). I was relieved to find that Far From Home not only makes for a great epilogue to the events and emotional impact of Endgame but also a fantastic superhero film in its own right.

But it’s not just a superhero movie. One of the things I enjoyed about Homecoming was the smaller scope and feeling of a high school/teen movie. And that very “John Hughes” tone has been carried over into Far From Home with a familiar sensibility of a teen euro trip movie in not only how things are filmed but also with how characters interact with one another.

The cast are all great of course with all the students having their own distinct personalities. Even the teachers chaperoning on the trip have a few amusing moments, which I enjoyed because it adds to some of that teen movie goofiness.

As we’ve seen in the trailers, Tom Holland is able to convey Peter’s struggle in the aftermath of Tony’s sacrifice but also in depicting him being torn between his wants and his responsibilities. Zendaya also steps up with more to do as MJ and she’s absolutely fantastic maintaining that “too cool” to fit in vibe, also showing that she’s not only curious but highly intelligent, reminding you there’s a reason she’s in the same “smart’ school as Peter (both of whom have moments that utilise their respective intellect).

Someone who’s a lot more familiar with the comics pointed this out to me: Mary Jane in the original 1960’s comic was a free spirit, maybe not “bohemian” per se but someone who would be considered “unconventional” for the time. So how do you make an honest translation of that for the 2010’s? Well that’s what we have in Michelle “MJ” Jones, the “weird kid” who’s into the darker stuff and too honest for her own good. I think it’s refreshing and it works so well!

What I absolutely love about Peter and MJ in this movie is how awkward they are together. There’s no grand romance going on, it’s just two teenagers navigating their feelings for one another. It’s absolutely adorable and convincing to the tone of the film.

Nick Fury and Maria Hill are a welcome return but I reckon Jake Gyllenhaal shines as Quentin Beck, aka Mysterio. He’s exactly who this character needs to be and fits in perfectly with Peter’s continued inclination to latch onto surrogate father figures (also the suit looks bloody awesome!).

I really enjoyed the balance of humour and levity with some of the darker moments as well as the action beats. It’s still a smaller film, which it needs to be for our “friendly neighbourhood Spider-Man” and builds to the climax in a satisfying manner.

There are plenty of great moments and callbacks that might be considered fan-service but they work so well in the narrative and it impressed me how they were able to weave them in. There’s also one particular “needle drop” that I absolutely popped for and is a wonderful callback, which works so well in that moment.

My only gripe at the moment would be with some of the editing. The nature of reshoots and rewrites are probably to blame for this but also I found out after the fact that a large portion from the intro (what we see in the trailer) was removed for timing and will be included in the home releases as sort of a Marvel One Shot style story instead of a deleted scene (so it remains canon). It doesn’t affect the pacing (maybe it improved it) but it also felt a tad jarring.

There are TWO scenes after the film, mid and post credits and I implore you to stay for both. I know how most of us joke about “true Marvel fans stay to the end” malarkey but trust me these are worth it (second pop for me happens here too).

I enjoyed, nay loved this film much more than I anticipated. A part of that too was observing my mate, a long-time Spidey fan, react so openly and positively to many of these moments (particularly those apparently taken straight from the comics).

If Endgame was a satisfying main meal, then Far From Home is that sweet dessert that comes with a shot of insulin. It’s so much fun and improves upon Homecoming, which I already enjoyed. A great movie in its own right but also sets up the Marvel Cinematic Universe to come.

If you enjoyed this review please consider adding to my tip jar at www.ko-fi.com/oldtrenchy