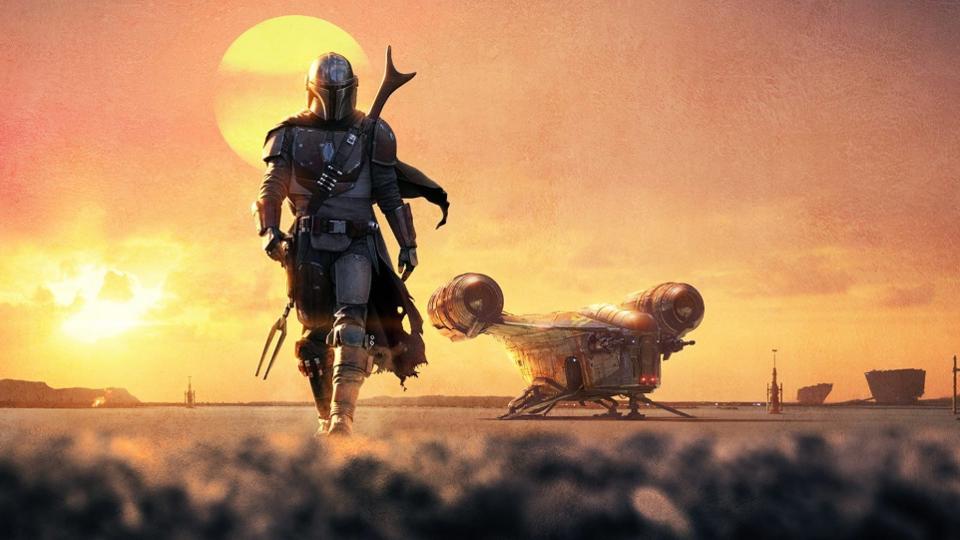 So I have somewhat complex feelings about Mandalorian fandom. I’ve always been perturbed by how such a dedicated following could grow out of such an incompetent character.

I joke about it but I legitimately detest the reputation Boba Fett has despite all on screen evidence to the contrary. In two movies he proved to be nowhere near the bad-ass the fans make him out to be. At best he’s a competent courier (delivering Han in carbonite to Jabba), at worst he’s a bloody poser who went down like a punk into the sarlac pit!

By comparison his dad, Jango Fett, was a much better character in the prequel.

And I get that he and the whole Mandalorian lore has been elaborated on in the now defunct “Expanded Universe” and a lot of that is where the fans are getting their love for the characters from but if we’re honest that was just sanctioned fan-fiction.

However, I was able to put that aside when I heard they were were making The Mandalorian with Jon Favreau (director of Iron Man) at the helm. Combine that with the fact that I enjoy the latest Star Wars trilogy, I was not only hopeful but confident about this new show. That only built up with every bit of news and tease that was revealed.

Now with Disney+ finally launched in Australia (a week after the US) with the first two episode of The Mandalorian ready to go I signed up and sat down to watch what the rest of the world was raving about.

For all the hyperbole that I had read online I was a little taken aback at how underwhelming that first episode was. It certainly wasn’t bad. It was definitely a good looking episode, it leaned hard into the Western tropes, and did things as competently as possible. But as a story it just didn’t do anything for me. It sat on a knife’s edge in being just enough to be interesting and outright boring (keep in mind I don’t have a problem with slowly paced stories ala Marvel Netflix shows).

If it were anything else, not attached to the franchise that it is, I’m not sure I would’ve continued. Decent enough introduction but nothing that grabbed me or blew me away.

So I’m glad that we had access to Chapter 2 straight away because that was an improvement in terms of story. It was compelling and entertaining, much more so than the dour and over-serious first episode. The tone and energy of this second episode should have been where the series started in order to grab the audience.

It’s also clear that Favreau (who wrote the first two episodes so far) has clear inspiration from old Kurasawa films. For all the comparisons people are making to films set in the old west, many of those classics took their cues from classic samurai movies. Even George Lucas himself injected many of those ideas into the original Star Wars. So it’s all very cyclic I guess.

The performances in both episodes are really good. Many of the side characters are great including Werner Herzog’s mysterious “The Client” , Nick Nolte’s helpful Kuill, and IG-11 voiced by Taika Waititi adds to the plethora of droids with peculiar personalities.

The understated standout so far is, of course, Pedro Pascal as the titular “The Mandalorian” as we’ve so far not been able to see his face and yet he’s able to emote in a way only Karl Urban has been able to accomplish in Dredd. Granted, the character doesn’t necessitate over-the-top or even subtle but there’s enough there in his downplayed facade that plays into the slow build of his mysteriousness.

The pace is just right for the series, with the home format allowing stories to breathe more than their big screen counterparts (the pacing of that first episode is the same it’s just story-wise there wasn’t enough to grab me). Tonally, for all the hyperbole some fans are making about how this feels like the Star Wars of old, if I’m being honest I reckon this might actually be better than that. It leans into how these stories and styles should evolve with the times rather than recapturing the 1970’s, although there are nods to that aesthetic.

As for my complex opinions about Mandalorian reputation, I think that might be answered in this series. Without going into spoilers, a few moments appear to be setting that up as a bit or a thread to follow. I mean, I guess all the over-the-top positive opinions start to make sense in light of my observations about Mando fandom but still…

After a lacklustre introduction, The Mandalorian has found its comfortable groove two episodes in. It hasn’t blown my mind but it has me interested enough to see where this goes and I’m looking forward to to it.

If you enjoyed this little word spew then you can support me by donating to my tip jar at ko-fi.com/oldtrenchy