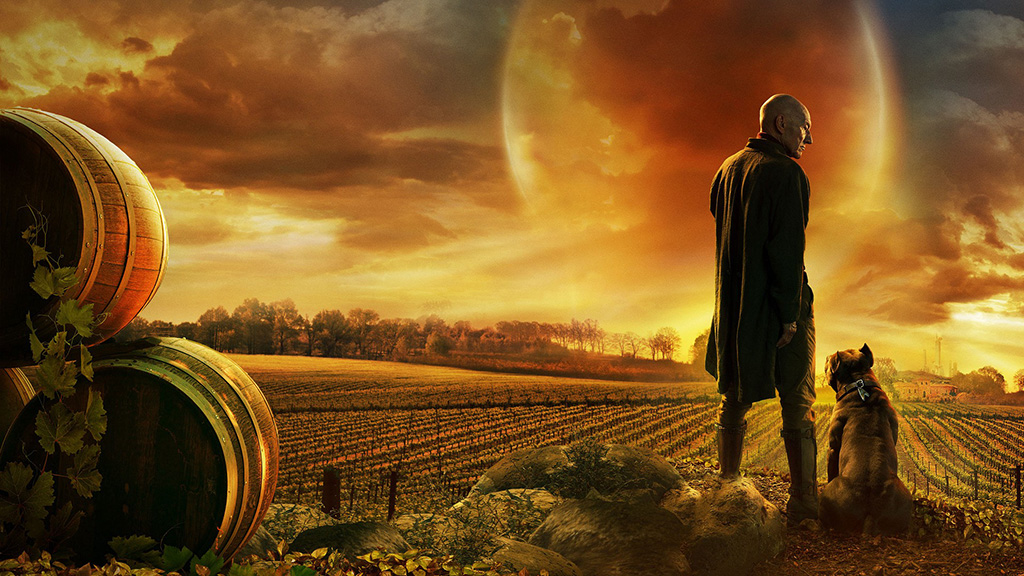 The long-awaited Star Trek: Picard has finally premiered worldwide (CBS All Access in the US, Amazon Prime Video internationally) and I must say what a fantastic return for the good captain.

From the moment they announced this series, I was excited for it especially the return of one of my childhood heroes, Captain Jean-Luc Picard. But I will admit to having some hesitation in regards to the presentation and tone of the show and that it would be too much of an antithesis to Discovery (which I still enjoyed by the way) and go too “old school.”

That minor fear was instantly turned on its head. This premiere, titled “Remembrance”, is a solid first episode and much of it works so well in a variety of ways. Not only re-introducing long-time fans to this era of Trek, but also works as a catch-up and introduction the current situation since we last saw the Federation 18 years ago.

It also works as an introduction for new viewers to the final frontier. While there’s quite a bit of fan service and references to past series, most of it is simply an enhancer for Trekkies to enjoy. The few that are pertinent to the plot have ample and organic explanations.

The first episode being mostly based on Earth also serves both types of audiences in easing them into the story by framing something familiar yet futuristic. There are maybe one or two moments that feel a tad hand-wavey but they were so minor not to be an issue.

It’s also the least “Star Trek” thing in perhaps all of Star Trek, which it sort of needs to be because television now is different to what it was 20 years ago, most obviously aiming for the prestige television tone. Ironically, it makes Discovery look even more like old school Trek. And I love that about it.

The pacing of the story so far seems to be just right in balancing thoughtful quiet moments with action and high energy. And it does really well to set up the story as well as the mysteries (plural) that we are to follow along with Picard in not only the main one that gets him back into the game but also into the events that resulted in his retirement, that may both be related.

One of the major reasons for this first episode being as good as it is comes from the enjoyment and familiarity associated with seeing Patrick Stewart on screen again. He is definitely the Picard we all remember hidden under a man who has clearly been changed by the past and the last two decades.

I will say that the one familiar aspect it retains from past Star Trek is that it most definitely has something to say. For all the “entertainment is meant to be escapism” crowd, all the manbabies crying fowl about how “woke” things have become, Picard is deliberately making an attempt to tell a political, moral, and sociological story. The seeds of which have been planted in this premiere and also confirmed by Stewart himself in an interview.

So far Star Trek: Picard is off to a bloody fantastic start and I;m looking forward to seeing more!

If you enjoyed this word spew the please consider supporting the work I create by heading over to my Ko-Fi account and dropping a few dollars into my tip jar.