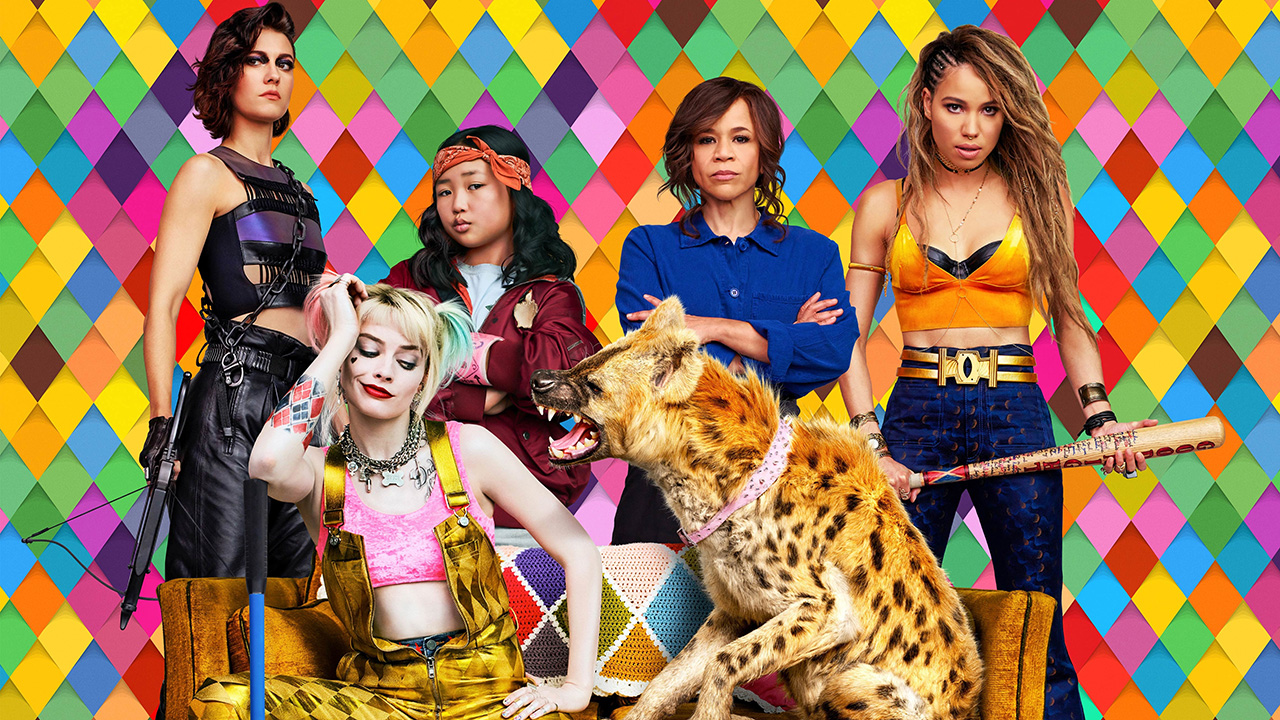 Birds of Prey and the Fantabulous Emancipation of one Harley Quinn is a heap of fun and a surprisingly satisfying romp. So much so that any nitpicks I have get somewhat ignored for how much fun I’m having.

Not only is the story a lot of fun but also the performances are top notch, and the action set pieces are incredible in maintaining the zany energy of this film. That energy and all the bright colours play so well and yet still maintain a level of grit that is appropriate when dealing with a cavalcade of criminal characters.

Fair warning for anyone who is a fan of the original comics or even the short-lived 2002 TV show, this is not going to resemble any of that. The use of the name “Birds of Prey” has very little to do with the story presented here. It is very much a Harley Quinn movie, as indicated by the sub-title (in fact it should have just stuck with that maybe) and that’s not necessarily a bad thing.

In the broad strokes, Birds of Prey reminds me of a couple of memorable, fan-favourite Harley-centric episodes of Batman: The Animated Series such as “Harlequinade” and “Harley’s Holiday” just without Batman. And while I’ve never understood (nor liked) the apparent urge to tell Batman stories without the Caped Crusader, it more or less works here for once.

Despite Suicide Squad being a nonsensical garbage fire, Margot Robbie’s performance as Harley Quinn was a standout even if the material made her somewhat muted (it’s also fair to say her popularity in that film was due to the in-built audience). In Birds of Prey she’s finally able to let loose as it was always implied that she could (or as audiences wish she could) and Robbie, the films executive producer, is clearly having a blast with the role. Your mileage may vary but she achieves a good balance of charming, seemingly ditsy yet clearly intelligent, and off-kilter.

Some may get sick of her shtick but that’s why it’s a team movie and the rest of the cast are really good even if some of the characterisations are mild to major shifts from the source material (Victor Zsasz is a good example of a character being watered down, Cassandra Cain is a total do over). I never envisioned Rosie Perez as Renee Montoya only because my reference of the character was from The Animated Series back in the 90’s (where she was created, much like Harley) as a newly-promoted detective instead of the veteran cop she is here. There are quite a few shifts like that but overall it works… at least in the context of this movie.

Props also go to Ewan McGregor as Roman Sionis, aka Black Mask. As much as his background has been trimmed back, for the proposes of this film, McGregor gives a delightfully evil, petty, and slightly unhinged performance. There are moments where he can go from zero to 60 that really underline how unhinged Sionis can be. He gives enough to properly highlight that yes, this is the bad guy in a film full of criminals.

And as a side note, something I kept noticing in this movie: if McGregor were to crank this performance up to 11 he could possibly make an even better certain other Batman villain that this film tried so hard to avoid showing properly.

The action set pieces are a hoot. The fight scenes are spectacular and remind me of Jackie Chan films in the use of nearby objects as weapons, with the added slickness of a Hollywood production and the brutality of an MA15+ rating (R rating in the US). And the violence makes sense considering most of the cast aren’t all heroic goody two shoes.

While I do have a few nitpicks, most of them easily forgotten in the enjoyment of this movie, its biggest problem (again one I can eventually sidestep) is that, narratively, Birds of Prey doesn’t quite fit in the the DC Extended Universe as presented so far.

A bit of background: film fans and critics love to parrot over and over again that one of the big rules of film making is “show don’t tell”. This is a good rule of thumb because it encourages film makers to tell their stories without relying on a copious exposition dumps. However, in my opinion, it should never be taken as a black & white rule because of situation and context as well as some folks unfairly using it to criticise any time exposition is necessary… like in this movie.

Throughout the film we are constantly reminded about the status quo and how big of a deal everyone is/was, in particular the relationship between The Joker and Harley. Unfortunately, they are all referencing stories and sentiments that don’t quite exist in the DCEU. What little we saw in Suicide Squad (reminding us of the existence of that film could also be a tick against it) of their abusive “ride or die” relationship was not sufficient enough to make us care about Harley’s current state of being. I mean it should be but it wasn’t. There are no other films that depict these two nor was there any sufficient build up to get us to where this story wants us to be. So it spends the first part of it setting up just how much of a big deal Harley getting the boot was. And much of that is done through the film’s story telling device of Quinn as narrator. That early set up is helpful to any newcomers to the movie but a lot of the baggage between Joker and Harley is actually brought along by long-time fans from other media.

In any case, many of the choices in this movie, from the over the top action to the bright visual energy, all confirm the course correction from the dull and muted tones of the Snyder-verse isn’t just a temporary thing nor a fluke with the more recent films from DC. It’s not necessarily embracing all of its comic book origins (nor should it) but it’s at least not resistant to them either. In fact, that third act resembles an infinitely better version of what Joel Schumacher tried to do with this two Batman films in the 90’s… just violent.

If you’re adverse to all the female empowerment and “girl power” sentiments littered throughout this movie all I can say is you need to grow up and get over yourself. And besides, it’s really fun to watch, especially all the little moments of encouraging one another, and I say that as a guy. But the women in the audience are much likelier to get heaps more out of it. To avoid it due to such pettiness means missing out on a fantastically fun fever-dream of a film.

This iteration of Harley Quinn is the closest DC will probably ever get as their version of a Deadpool and it kind of works. It’s by no means perfect and any attachment to the original comics, etc will disappoint many but it makes up for it by being a genuinely good time. Definitely a blu-ray purchase for me.

If you enjoyed my review then please consider supporting me by heading over to the tip jar and dropping a few dollars: ko-fi.com/oldtrenchy