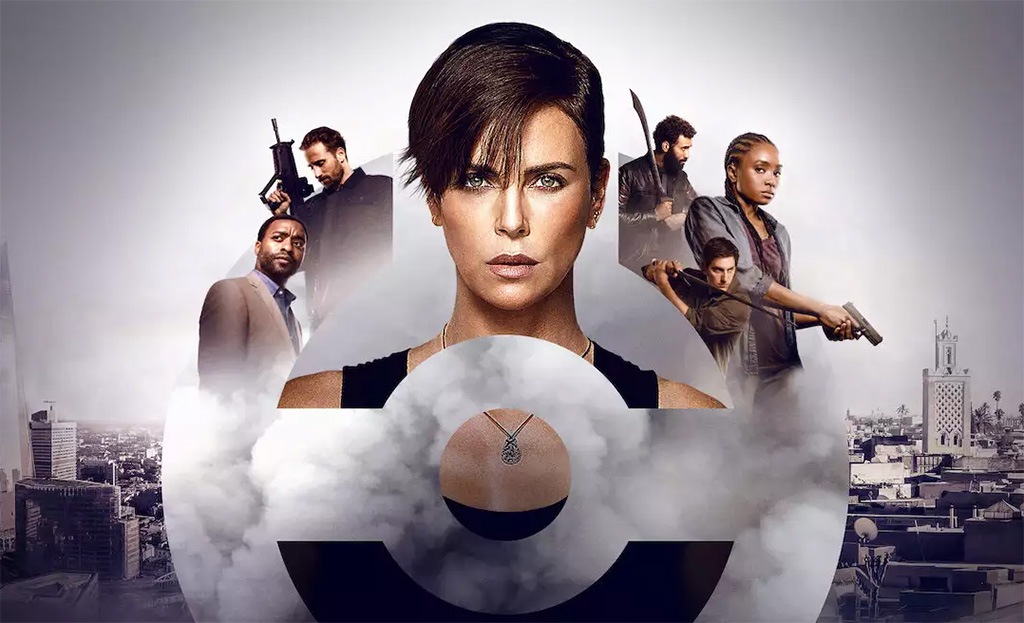 This one sort of snuck up on me when the trailer dropped a couple of months back and then before we knew it it was on Netflix. The Old Guard is an action-packed story of ancient immortals who slink through the world trying to make a difference and not only is it really good but continues to prove that Charlize Theron really is more than comfortable embodying these action hero roles.

Originally, I was going to include this as part of a second “Mega Movie Catch Up” word spew. Movies based on graphic novels tend to be hit or miss for various reasons (and we’ll get to how that affected this movie later) but I enjoyed this to have just enough to say for its own review.

Charlize Theron plays “Andy”, a long-lived warrior who leads a small team of similar immortals doing various missions like mercenaries all while trying to stay hidden from the world. They are finally found out and hunted by those who wish to unlock their secret to immortality for profit, which is then further complicated by the discovery of another brand new immortal just like them.

That right there is a very cool and obviously comic book premise that really worked for this story.

Theron is absolutely fantastic as the millennia-old Andromeche who starts the film feeling jaded by what she does but still very good at it. She’s so at home in these sorts of action hero roles, even doing a lot of the fights and stunts herself, that you almost forget that the Aeon Flux movie was even a thing.

The rest of the cast are great too. It takes slightly longer to warm up to the rest of the team though due to how the story is structured but they are very likeable with “Booker” (Matthias Schoenaerts) being the gruff drinker, and Joe (Marwan Kenzari – he was Jaffar in the live-action Aladdin) and Nikky (Luca Marinelli) as former enemies during the Crusades but now centuries-old lovers. Few as there are, their interactions are really fun. The team’s newbie, Nile (Kiki Layne) shortcuts a lot of training by already being a capable US marine but seeing her slowly deal and process not being able to die really worked for me.

Copley (Chiwetel Ejiofor) has a few great moments in a “we know your heart’s not in it” middle man antagonist but the film’s actual villain, Merrick (Harry Melling) is the tired Silicon Valley tech billionaire who doesn’t know how to properly wear a suit (I mean a fucking hoodie with a sports coat) and you wonder, apart from money, why do people work for someone so weaselly… but that sort of works in his favour because I really hated the character. So there’s that.

Plot-wise, the film is very straight-forward and easy enough to follow and the characters being as likeable as they are helps in the audience caring about what happens to them and the stakes of the movie.

The action scenes are great. Comparatively, Atomic Blonde (another Charlize Theron action film) had way too much style over substance, The Old Guard balances that out. And while not quite as frenetic as maybe John Wick by maybe a few degrees the fight scenes are definitely wonderful and exciting to watch.

The highlight of many of those scenes is not only how fluid each character is but also how well they all work together. The brutality of each strike is paired with how fluid they are to the next hit or how they compliment one another in taking out their opponents as they make their way up a hallway. And that it’s also filmed in a manner we can actually see what is happening helps so much too!

There are only a couple of things that let this film down but are easy enough to set aside. Films made for Netflix obviously have budgets big enough to get big names like Charlize Theron and such and a lot of the money is up there on the screen however over the last decade what we know as “prestige television” may have decreased the gap between how made-for-television looks versus the silver screen. And yet this film doesn’t quite get up there.

Sure it does look great but there was a lot that looked and felt smaller than it should have. Certain flashback scenes, for example, took me back to the better episodes of Xena: Warrior Princess (for multiple reasons) and didn’t feel as authentic as it could have. Similar with Merrick’s high tech, heavily guarded laboratory and even penthouse felt a tad underwhelming.

As I mentioned before, “based on a graphic novel” brings with it some baggage. I’ve not read these books and maybe that either helped or hindered my enjoyment but you can tell that despite the plot being fairly straight-forward, there was so much backstory and peripheral information they were trying to squeeze in. I don’t have a problem with exposition dumps (I am a Star Trek fan after all) and that’s not exactly what’s happening here but there were probably a few better ways to handle some of these revelations and they might have been more to do with structure rather than the info themselves.

If anything all that background information has me wanting to see and know more about these characters (wink).

Having said that, The Old Guard is extremely enjoyable and legitimately good despite its minor fumbling. Theron proves once again she’s an amazing lead presence and I think she may have finally found an action vehicle with legs beyond the Mad Max films. I highly recommend this one.

If you enjoyed this review please consider contributing to my tip jar at: www.ko-fi.com/oldtrenchy