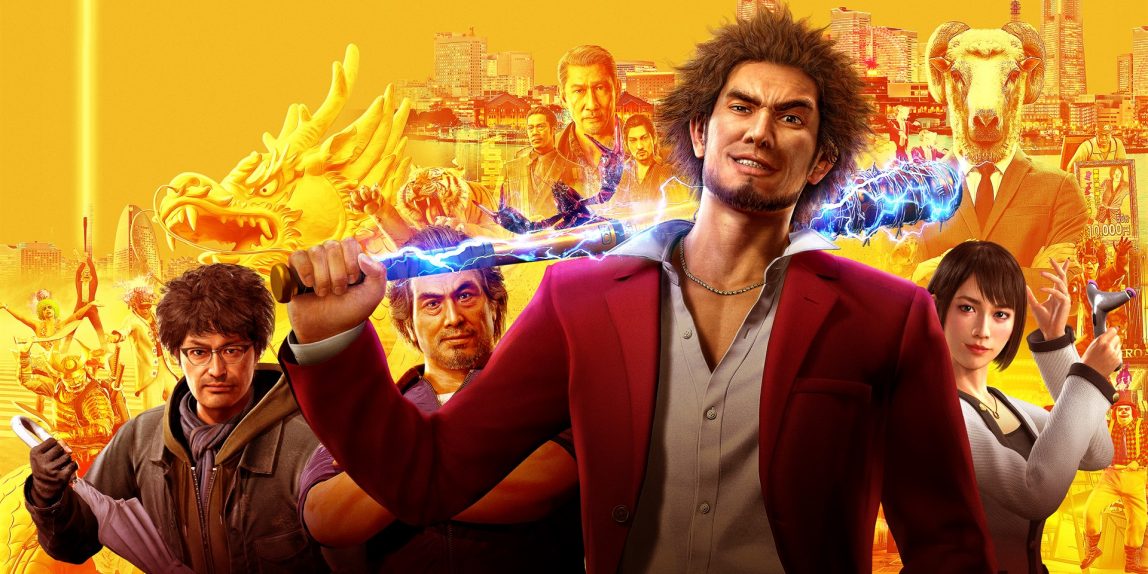 With story and gameplay that goes from sincere and heartfelt to wacky and zany then whiplashes the player into dark and deathly melodramatic, Yakuza: Like a Dragon is the amazing and joyful open-world experience I never knew I needed in my life!

Once again I’m introduced to a game franchise I had no prior interest in thanks to watching someone streaming it. Previously, it was my mate Figa Ro and the Resident Evil 2 Remake, this time I was watching games journalist Laura Kate Dale play this one Twitch and I was drawn in to the wackiness.

With seven main games and a number of small related spin-offs in the Ryū ga Gotoku series (as it’s known in Japan, which translates to “Like a Dragon”) Yakuza: Like a Dragon is a completely separate story from the originals (albeit with a few tangential references to them much like in the MCU) so it makes for the perfect entry point for any newcomers like myself. As someone who loved the Grand Theft Auto games it’s easy to slip into and came about at just as I was stating to get the urge for such games again.

In Like a Dragon you play as the goofy and loveable Ichiban Kasuga, a lowly grunt at the bottom of the ladder of a yakuza family, who takes the fall for a crime at the behest of his boss. After spending 18 years in jail and finding himself lost in the world of 2019, Kasuga is then shot by his boss and left for dead in a completely different city. There he survives and makes friends with a homeless former nurse (who saved him), a disgraced ex-cop with a grudge, and the manager of a hostess bar as they find themselves intertwined in a gang war between three rival factions as well as a greater threat from his old town.

That synopsis almost completely downplays how complex and layered the story is as it unravels and reveals itself and that’s JUST the main story. There ‘s an abundance of side quests with their own little stories that help to give the fictional district of Ijincho depth and life and it’s those side missions where a great deal of the aforementioned wackiness can be found. From helping someone build a bookshelf, to go-carting tournaments, to helping a few locals with their fetishes (and that’s all I’ll say).

The Yakuza series is also know for its various minigames and there are plenty here. You can play Pachinko at the various parlours, Majong and other gambling games in the many hidden casinos, there are also arcades like Sega World where you can play Virtua Fighter 2, and of course karaoke at your local bar. There’s also a business management minigame that is somewhat related to, or at least weaved into, the main plot. Basically, you have to help someone get their failing business off the ground and become the top in the shareholder rankings. It’s an easy way to make gobs of Yen as well as unlock a heap of stuff. That sounds boring until you realise that shareholder meetings are basically Pokemon battles and you can have a chicken as a member of said board. I’m not kidding.

The Grand Theft Auto games are often remembered as being over-the-top but their stories are also framed as being “satirical” of the excesses of American life. The later Saints Row games, on the other hand, almost lean into the absurd all while winking to camera at how absurd they’re being. I’m not familiar with the social and political climate in Japan but the story of Like a Dragon feels more like a soap opera with all the melodrama one would be familiar with in a lot of Japanese media along with the zaniness we also associate with such just as a matter of course. The cover art alone is a pretty good indicator of this.

However, a lot of said zaniness comes from Kasuga who is apparently the inverse of the more stoic original main character, Kiryu. Unlike the previous games, Like a Dragon went against the traditional brawler and instead features a turn-based combat system. This is explained in-game as Kasuga is a little obsessed with Japanese roleplay games, with Dragon Quest being namedropped a number of times throughout, and he aspires to be a hero like in those games. It manifests itself as him seeing all the special effects and over-the-top super powers as well as opponents transforming into any variety of outrageous enemies during street fights all happening in Kasuga’s overactive imagination. Hilariously, the reason for the change to turn-based combat (and I found this out after the fact) was due to the unexpected positive response to an April Fool’s video posted by the developer.

As a button masher from way back, I don’t think I’ve ever played anything turn-based before and I’ve got to say this system works marvellously well without slowing down the energy of the gameplay. The way it utilises the different characters to join the “party” and all their respective upgrades and “jobs”, it was a bit of a learning curve for me at first but it was eventually easy to grasp and it really is quite impressive and fun especially as I get older.

There’s also something called “Poundmates” and is this game’s version of a “summon” where you can call for assistance in a fight. The individuals you can summon for help really do take this game into the delightfully absurd but I won’t spoil who they are as you acquire them from various main and side missions.

The game looks beautiful with rich and highly detailed city environments that especially look gorgeous at night. Despite the darker plot moments, the game feels positively vibrant to match the slight overall hyperreal tone Like a Dragon establishes. The main character models appear highly detailed even during in-game cutscenes. It still feels perhaps a tiny step back from other “realistic” looking games and I guess that’s to do with the issue a lot of open-world games have in featuring a lot of elements and characters on screen at any one time. The map is supposed to be three times larger than that of previous Yakuza games but to me still appears smaller than GTA5.

I rarely notice audio elements but I was impressed with how immersive the busy city locations can be especially as you run past the various clubs and bars. Because I’ve already been watching this game streamed in English I decided to play with the original Japanese dialogue track. Apart from the previously mentioned melodrama working so well in Japanese it was fascinating to see the minor differences in certain lines. These don’t alter the main plot in anyway way of course but they do add or subtract certain contexts, which intrigued me. I was impressed that many (not all unfortunately) of the main characters were voiced by Asian Americans in the Western localisation, including an understated performance by George Takei, and I really appreciated that effort. I’m no dub purist so if subtitles are difficult because so much is going on screen then the English track is still very excellent.

I played this on the standard Xbox One and for the most part it played smoothly enough. Only a few times I can recall did the frame rate noticeably drop during occasions of excessive on-screen elements. There were one or two glitches during combat where the characters and camera respawn in a different arrangement if they can’t get past immovable obstacles (most in-world props are used as weapons). The loading times are also notably and annoying long. I’ve seen in played on the new Xbox Series X and it seems to avoid all of these issues and would make for a preferable experience.

One last comparison to the Grand Theft Auto games, they’re often drenched in cynicism, which makes the violence all the more uncomfortable and cathartic in equal measures usually in an effort to push boundaries because “edgy.” Like a Dragon, rated R here in Australia due to the one fetish-related side mission, almost feels bereft of that same cynicism and it’s not just in the main story but also in the basic game mechanics: you don’t steal vehicles, you can’t beat up random strangers (roaming gangs will start fights with you but they are always depicted as villains), and despite commentary about sex work and being set in related venues (Kasuga was raised in a “soapland” for instance) there are no depictions of sex and nudity. The main story might dip into some dark areas but that is balanced by the more uplifting moments especially related to the main four characters. The incorporation of both is what helps makes the story such a rollercoaster of emotion.

I found Yakuza: Like a Dragon to be an absolutely joyous and delightful experience with a compelling main story full of twists and surprises that kept me captivated as well as heart-warming side missions and likable characters that you cannot help but care about. I was invested from start to finish so much so I completed this massive game (not 100% though) much faster than I normally would having bought it at the Boxing Day sales.

This is my new favourite thing and I am so glad to experience it going into 2021.

If you enjoyed this review then please consider contributing to my tip jar at: www.ko-fi.com/oldtrenchy