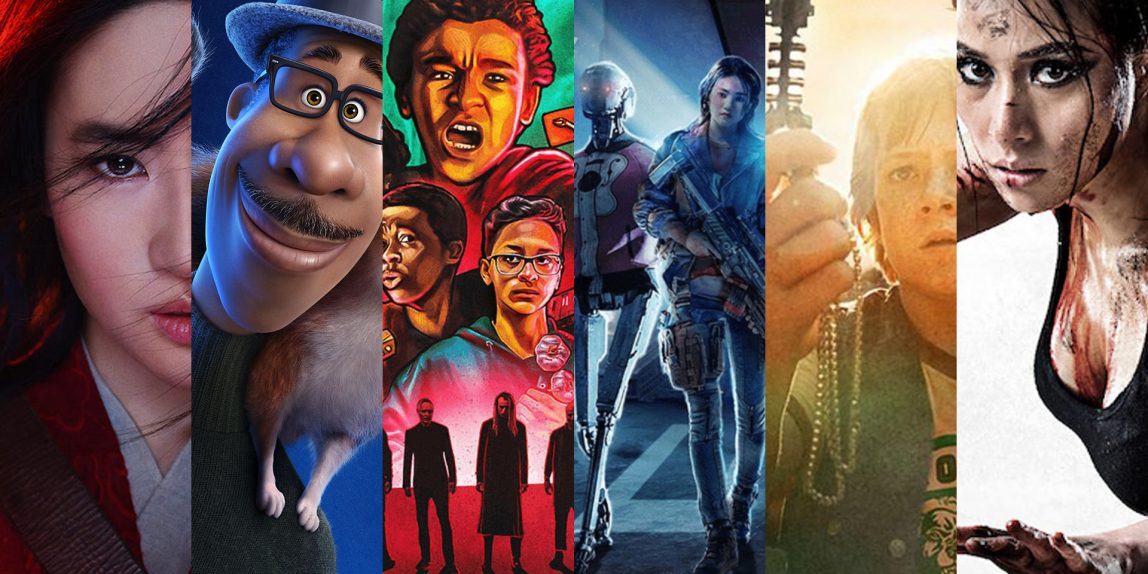 Melbourne has a few days before it comes out of its brief lockdown and it’s still a week until Adelaide Fringe Festival starts so why not sit back and check out a few films. Here’s a few more recommendations as well as some “avoid like the pla…” oh well you get me.

Mulan (2020)
I have zero attachment to the original animated Disney classic and I actually have a more positive attitude to the concept of remaking these films (completely cognisant that this is about milking nostalgia as well as holding on to and extending the brand copyright).

And it’s okay. I enjoyed it well enough and there’s plenty to like but it’s also painfully clunky as it establishes certain plot points and set ups (especially in the first act’s “world building”) when much better and less awkward choices could have been made. Like watching someone work out a math problem on the board, it’s obvious the major moments and emotional beats they were trying to hit but it’s rather clumsily done. Also the allegory it’s trying to hit the audience over the head with is muddied with the introduction of the “qi” plot point.

Honestly, I cringe at any comments declaring the original to be better (I don’t really like the “original” anyway) and if anything I find this to be more “interesting” but it’s a shame there so much external stuff that marred this film.

Soul (2020)
There are seldom few Pixar films I don’t enjoy so I was really looking forward to this one but I may have set my expectations just a tad too high.

That’s not to say I didn’t enjoy Soul , I genuinely did. It’s a beautiful film with great animation, it’s funny as well as heartfelt. But as wonderful as the story is, I’m not certain it sticks the landing in regards to what it was trying to say. Its messaging gets somewhat muddied by the unwillingness to commit to a specific stance.

You may think you know what the film is trying to say but I guarantee if you ask five different people about that they’ll give you five varied responses. And that may have been the point. That’s not a bad thing for people to take away different things from it and it’s definitely trying to be thoughtful but it’s also trying too hard (there may be a few conflicting points that it attempts to make). None of that makes it a bad film though, just a little frustrating if you aren’t in the right frame of mind.

This is still a recommendation, just don’t overthink the mechanics of the “afterlife.”

Vampires vs The Bronx (2020)
Second only to zombies, vampires have become overdone in media in the last couple of decades but sometimes a change in setting and perspective can add a new coat of paint to an all too familiar tale.

Equal parts charming and corny, this is a very familiar “save the community” sort of film that also invokes other films like The Goonies or The Monster Squad . If it weren’t for the smartphones I could easily confuse this as a New Line Cinema movie from the early 2000’s (they even directly reference Blade in this). While I may not be equipped to comment on the validity of the stereotypes of those who live in places like the Bronx, some of them do cleverly tie into the plot despite the metaphor of gentrification being quite on the nose.

While the low budget clearly affected the high concept, you can’t help but admire the effort and I really had fun with this one.

Space Sweepers (2021)
I’ve said it before but it’s always fascinating to see other movie industries adopt the Hollywood formula for genre film making and this latest release from South Korea is a grab bag of very familiar blockbusters.

Space Sweepers starts off looking like a Korean Guardians of the Galaxy but then veers into Fifth Element and climaxes into Star Wars all the while riding on a theme straight out of Wall-E. Hell, even the funny reprogrammed military droid with way too much personality is straight out of Rogue One. Its science fiction sensibilities are very European and when it attempts any serious emotion it becomes as overwrought as any anime.

And yet it worked for me. It does require a little extra attention be paid especially during the world building first act, a few plot points along the way are blink and you miss it, and one very important question the audience will have with the movie’s logic gets answered *much* later than it should but despite its flaws it’s still a tonne of fun.

Rim of the World (2019)
Although it itself was a pastiche of 80’s coming of age films, Stranger Things really did set off a chain of copy cats doing the whole “kids save the world” premise. This latest offering comes from a director I hadn’t heard from for ages, McG.

Simply being cookie cutter is the least of this movie’s problems, that at least had potential to be fun. Unfortunately, Rim of the World truly suffers from trying to be far too clever and perhaps a little too self aware. Sometimes you think it’s a parody of these sorts of movies until it goes back to playing it straight. It sets up a colourful cast of side characters only to forget about them and that’s not even getting into the problematic tropes and stereotypes (even if they do “hang a lantern” on them). Also, you know how some complain about the humour and banter in the MCU films? Well this one puts all that to shame because it really goes overboard to the point of ruining its own jokes.

Despite its few amusing moments, this movie isn’t good enough to be entertaining let alone interesting.

Maria (2019)
Forget what I said about familiar stories made by filmmakers outside of Hollywood being fascinating to watch. Maria proves that fascination has its limits.

I really wanted to like this movie based on its premise of a badass woman fighting to escape her killer past but this movie was painful to watch from the get go. Having a different cultural spin on well worn tropes can make for a fresh new take but nothing about this movie is refreshing or even good. Its internal logic is missing and in its place is a the mediocre mimicking of aesthetic and aping of clichés from much better films in the genre without the understanding of how these things work or even how to string them together to make a good story (it’s very much reminiscent of those superhero fan films from the 2000’s that mistake DARKNESS for being good).

It takes too long to get interesting, none of its characters are convincing, things happen simply because it looks “cool”, and it poorly sets up a sequel. I started writing this even before the movie ended but it bloody got worse! This is a definite AVOID at all costs!

It seems I really hit a streak of mediocrity this time around with only a few gems definitely worth your time. All of these are currently available on Disney+ and Netflix.