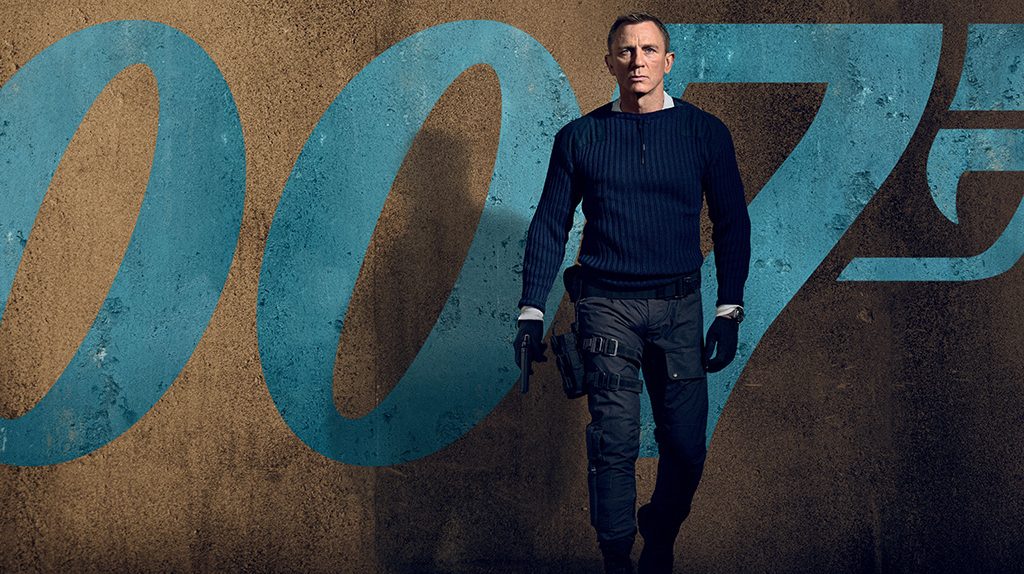 A thrilling and exciting final adventure for Daniel Craig’s tenure as 007 but the baggage Not Time to Die carries from its immediate predecessor may have prevented it from being a truly satisfying swan song for this incarnation of James Bond.

Back in 2006, Casino Royale reignited my interest in the Bond films with the promise of a more contemporary take on the super spy, exploring how a blunt instrument and relic of a bygone time could fit in a modern era of espionage… and they almost immediately forgot about that in the subsequent films.

For the record: Casino Royale is still a fantastic movie. Quantum of Solace (2008) ended up being rather average making the misstep of trying to emulate the aesthetic of The Bourne Identity (which was popular at the time). Skyfall (2012) was an enjoyable improvement but its main purpose was to shift around pieces to make things more superficially like the classic films (look at new-M’s office, hell look at new-M). And Spectre (2015) was a garbage fire (it was from around that time that everyone tried to ape Marvel Studios’ “everything’s connected” premise, including Bond, and failed miserably). And out of all these films, Casino Royale appears to be the more memorable and iconic of the bunch, which I guess says a lot.

No Time to Die is one of the better instalments of the Daniel Craig era of Bond films with many thrilling action set pieces and a few twists and turns, however, what could have been a truly great finale is dragged down mostly by the baggage it has to deal with from the terrible previous film, Spectre.

Enjoying retirement, Bond and Madeleine Swan are then torn apart when the shady organisation Spectre makes one more attempt on James’ life, which then forces him to go into hiding. Years later, a new villain steals a highly dangerous “off the books” government-made bio-weapon, which leads Bond back into the service as well as forcing him to face his demons and even an old foe.

POSSIBLE MINOR SPOILERS FROM THIS POINT ON

To its credit, the film tries to course correct from the previous movie in a rather bold manner but it’s still not enough to escape its awful effect on the overall story. The Bond franchise before this era has almost always been standalone movies, which not only made it easy to set aside the sequels that didn’t quite work but also made it easier for audiences to adjust to any new actor that stepped into the iconic role. This time, it not only has to deal with past story elements but also a way to celebrate say goodbye to this incarnation of Bond. For my money the latter works better than the former.

One of the things that the Bond films have done better than any other movie out there (especially in later decades as they built a reputation that allowed them access) is that the globe-trotting aspect is never just to the common, stereotypical, or tourist places for those regions. It’s almost always something unique and spectacular, and maybe even unusual for those that don’t travel to such places. No Time to Die is gorgeous in that respect although there are obviously elements that were shot on a sound stage possibly as a result of the pandemic.

Another formulaic element of the Bond films, and its parodies, is the villain with the henchmen and the secret island lair, and a plan for destroying/taking over the world, whereas this incarnation of the series has mostly tried to steer away from that sort of aesthetic to be more “grounded.” So I guess I can’t blame them for wanting to bring that back for Craig’s finale yet I wish they were better at making that come to life. The parodies and copy cats have had more fun with this aspect and here it just feels like “oh yeah, this was a thing.”

Story-wise it is somewhat of a re-tread of elements and tropes we’ve seen before especially in this very era of 007: We’ve got confronting a bad guy in a cage, the trite monologues about how the hero and a villain aren’t so different, the disfigured villain with an affect that makes them unusual and “creepy”, weapon of mass destruction, tragic love story full of deception… actually that last one is perhaps the most problematic of the lot and I’ll swing back to that later. One of the bigger revelations of this movie is actually quite interesting and, from memory, Bond hasn’t had to deal with before so that’s at least interesting if it wasn’t also a little derivative (no spoilers on that one).

Most action films distract from a paper-thin plot with spectacular action set pieces, and while No Time to Die does make an effort to be a deeper and more meaningful story, the action does distract from certain plot threads. For instance, the revelation about who in government knew about and approved this secret bio-weapon is a fascinating premise and set up… but then it doesn’t lead anywhere, there’s no follow through or fallout. it’s simply on to the next action beat or you’re still coming down from the big set piece to even think “wait a second…”. On that note, Ralph Fiennes makes for a good ‘M’ but had Judi Dench continued in the role (to which I’m still resentful she was killed off) I don’t think it would have made sense for her to do what this ‘M’ does.

The characters and performances are a bit of a mixed bag in this movie although I’ll be fair and say that most of the things that didn’t work are more to do with writing in spite of the actor’s best efforts. Daniel Craig finally feels comfortable in the skin of James Bond possibly because he knows this is the final time he’ll be putting on the tux. People will always compare him to Sean Connery’s portrayal but for me, the blunt instrument that looks sharp in a suit has always reminded me of Timothy Dalton’s short tenure. Lashana Lynch makes for a convincing and competent heir to the 007 designation as well as a foil for Bond. Despite the efforts to display her skills and personality there wasn’t enough of Nomi on screen for the audience to get a proper grasp of her, instead it felt like a tease or more so a “testing the waters” to see how audiences would respond to a “female Bond.” I haven’t been impressed with this incarnation of ‘Q’ (Ben Whishaw) until now. Although the character didn’t necessarily need more screen time like he did here, he finally comes off as good at his job (not plugging in unknown devices into a main network for starters) as well as exhibiting that friendly exasperation between him and Bond. The standout, despite her small role, is Ana de Armas as Bond’s CIA contact, Paloma. Her role was originally going to be much smaller until director Cary Joji Fukunaga asked for it to be expanded. For all the serious and dour characters that inhabit this story, she’s quite a delight, kicks so much arse, and makes you wish she were in more of the movie.

Ravi Malek is a good actor but I’m not sure Lyutsifer Safin works as well as previous iconic Bond villains despite the attempt to create easily identifiable traits for him. The aforementioned affect has become somewhat of a go-to for these sorts of bad guys to make them creepy and it doesn’t really work here, especially when the main henchman isn’t particularly memorable either. But the biggest problem with this movie is the character of Madeleine Swan (Léa Seydoux), one of the more important threads from Spectre that drags this movie down mainly because she’s such a dull and uninteresting love interest. Almost absolutely nothing ABOUT her is interesting and almost anything that HAPPENS to her is why she’s even important to the movie or the characters that she might have well just been a “McGuffin” with limbs. Granted, the film deliberately does a lot to make you dislike Swann but then does absolutely nothing to make you give a damn about her again like Bond is supposedly. For all the hyperbole this film puts on, that love story is the least convincing part of the movie and just feels like going through the motions.

Apart from the personality vacuum that is Madeleine, the film is mainly just a thrilling experience you let wash over you, enjoying the ride. It’s not until after you leave the theatre and start thinking about it that it begins to fall apart. Even in the moment, the ending/climax of the movie feels like a fitting send off for Daniel Craig but afterwards you start to wonder if there was a better way, a more fun way, or even a more exciting way to get to that point.

Overall, No Time to Die works as a finale for Craig and a bookend to this chapter of the Bond franchise, it’s spectacular, it’s gorgeous, it attempts to give this Bond a sense of closure, but its inability to escape the worst entry in the series, despite its best efforts, prevents it from being a truly great and iconic moment in its own series let alone in film history. I’ll probably eventually get the blu-ray when JB-HiFi has a sale.