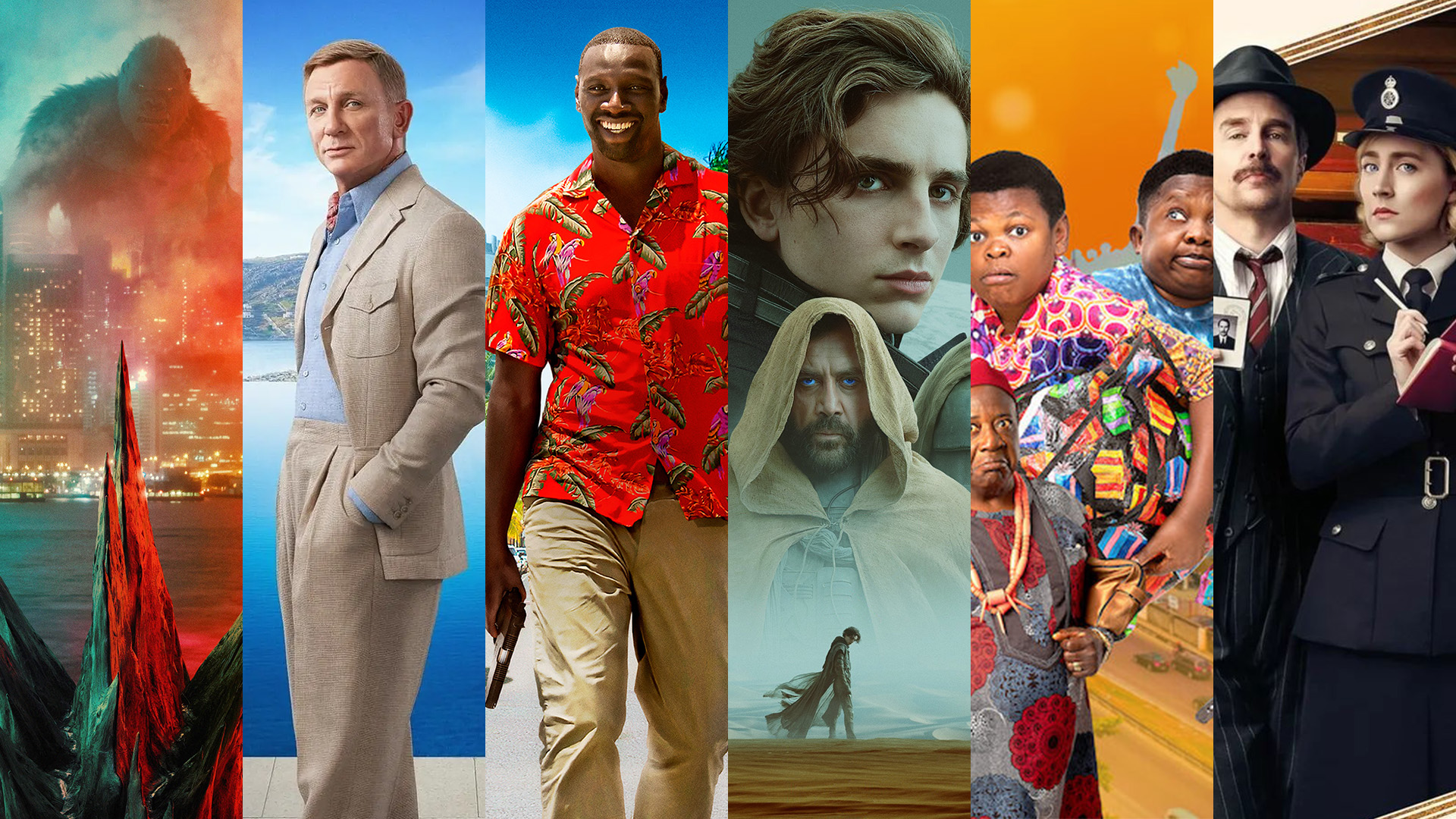 We’re in that nebulous period between Christmas and New Years where no one seems to know just what to do, so here’s yet another set of mini-movie reviews to maybe help decide how to kill some time…

Godzilla vs Kong (2021)
I decided to finally get around to this before it left Netflix.

The first film was an utterly boring slog, its sequel King of the Monsters was an improvement but it was dragged down by the misguided and dull human drama. Godzilla vs Kong is a further improvement because the film makers FINALLY understood that audiences just want to see the big monsters fight and wreak havoc. And we got massive helpings of that and it’s spectacular and awesome and pretty much everything you could ask for when it comes to giant lizard on big monkey action!

The human element is still the biggest drawback of the movie. While some important characters help explain what we need to know, others seem to only exist to fill out a checklist of Michael Bay-like obnoxious archetypes rather than have any importance. Even the return of Millie Bobby Brown’s character is rather pointless if I’m honest. Also, the final act surprise is kinda cool but the design is somewhat lacking.

As dumb as this film is, overall, they did it – they finally made a “good enough” one of these!

As of publication it’s no longer on Netflix but can be found on a number of services like Binge and FoxtelNOW.

Glass Onion: A Knives Out Mystery (2022)
This really deserves a review all on its own but honestly in order to do that I would have to talk too much about it and risk spoiling the film. Just know it’s bloody fantastic!

I was late to the party with the original Knives Out film but when I finally got around to it I was instantly enthralled. So when a sequel was announced I was super keen to see Benoit Blanc (Daniel Craig) do his thing again.

In hindsight I want to temper my hyperbole on Instagram when I said that in typical Rian Johnson fashion “every part of the animal is used”, which was my immediate reaction when the credits rolled on Glass Onion. Having thought about it a bit more, I think my reaction was more to do with how satisfying the story and the mystery were. Not only did Johnson, once again, craft a story that flips nearly every “whodunnit” trope on its head, but manages to also not make the audience feel stupid with every surprise and twist. You haven’t necessarily been tricked or fooled, the mystery is unravelled for you and you’re made to feel like you’re in on it.

And while contemporary character archetypes do still have a sense of cringe about them (e.g. arrogant tech billionaire, social media influencer, etc.) they’re actually really well-written here even with all the quirks and broadness of them that suit the tone of the movie. All the performances are so well done that you kind of get over said cringe. Some characters are deliberately underutilised and some are standouts but all in service of the mystery.

By the end it not only satisfies but is also somewhat cathartic.

Belleville Cop (2018)
I say over and over that seeing well-trodden tropes and genres through a different cultural lens can often be refreshing, however, not all of them end up being good.

This French action comedy is clearly trying to be its own Beverly Hills Cop (with more than a little inspiration from Rush Hour) but despite how charismatic its lead, Omar Sy, is as the French cop looking for the murderer of his childhood friend in Miami, almost nothing about this film works.

To its benefit, it does feel like a film from the era it’s taking inspiration from so there’s a certain sense of familiarity and unironic nostalgia, a few of the gags do land well enough but I think most of the jokes, ideas, and set pieces are too forced and to the detriment of the overall story.

Dune (2021)
I’m convinced more than ever that Frank Herbert’s Dune is not only unfilmable but also may be a shit story.

While the original 1984 David Lynch adaptation failed at the box office, in hindsight what it had going for it was a bombastic sensibility that at least made it somewhat memorable (even if I didn’t necessarily click with it). This latest adaptation by Denis Villeneuve is deathly dull and horribly pretentious. And sure, Paul Atreides (Timothy Chalamet) is deliberately a bit wet as the potential messiah but his journey over the course of two and a half hours is unconvincing.

There’s nothing wrong with a slow burn but it mistakes “taking its time” with “serious” and “dramatic” that this material is not really deserving of. In the process, any metaphors for the waywardness of religion and maybe even humans/corporations controlling nature for profit is lost (at least in this first part). To make it even more insufferable, this may be one of the worst attempts at world-building I’ve ever experienced.

I think the supposed “success” of this movie may have come from the “simping” and “shipping” that weird internet nerds were doing with Chalamet and Zendaya. Because even though this film isn’t “bad” it commits a much worse crime… it’s boring.

Aki and PawPaw (2021)
Once again trying to see things through a different cultural lens and… I think something may have been lost in translation here.

Aki (Chinedu Ikedieze) and PawPaw (Osita Iheme) are a pair of highly popular comedy characters from Nigeria and you’ve probably seen them featured in memes for as long as you can remember memes existing. Because both actors have dwarfism they’ve been able to reprise these roles 20 years later and still maintain being mischievous scamps.

I want to be considerate here and while I can ignore the over-the-top acting and cringy attempts at understanding how social media works, unfortunately this film is an incoherent mess. It takes too long to get to the point, it milks every joke dry, it’s strangely misogynistic, and the internal logic is stretched to the breaking point.

Maybe I’ve missed something, maybe I’m not tuned into “Nollywood” films. I’m sure a generation of Nigerians are happy to see characters from their childhood on screen again but I just really didn’t get into this one.

A part of me wishes I hadn’t watched See How They Run so soon after Glass Onion mainly because the comparisons are all but inevitable and the latter wins out hands down, however this film starring Sam Rockwell doing a British accent and Saoirse Ronan with her sexy Irish timbre is still rather charming.

Set in the 1950s and using the actual real life West End stage production of Agatha Christie’s The Mousetrap as the backdrop for the mystery featuring fictionalised versions of real life people as the main players (Richard Attenborough, Sheila Sim, and so forth), it’s a quirky take on the traditional “whodunnit” that’s very self-aware of the genre it’s lovingly spoofing. In fact it’s so self aware, it’s hanging more lanterns than Chinese New Year.

That self-awareness almost detracts from the main mystery, working too hard to be clever about the genre rather than clever about the story itself but it’s still not without its enjoyment and charm.

If you enjoyed these mini reviews then please consider contributing to my tip jar at: ko-fi.com/oldtrenchy